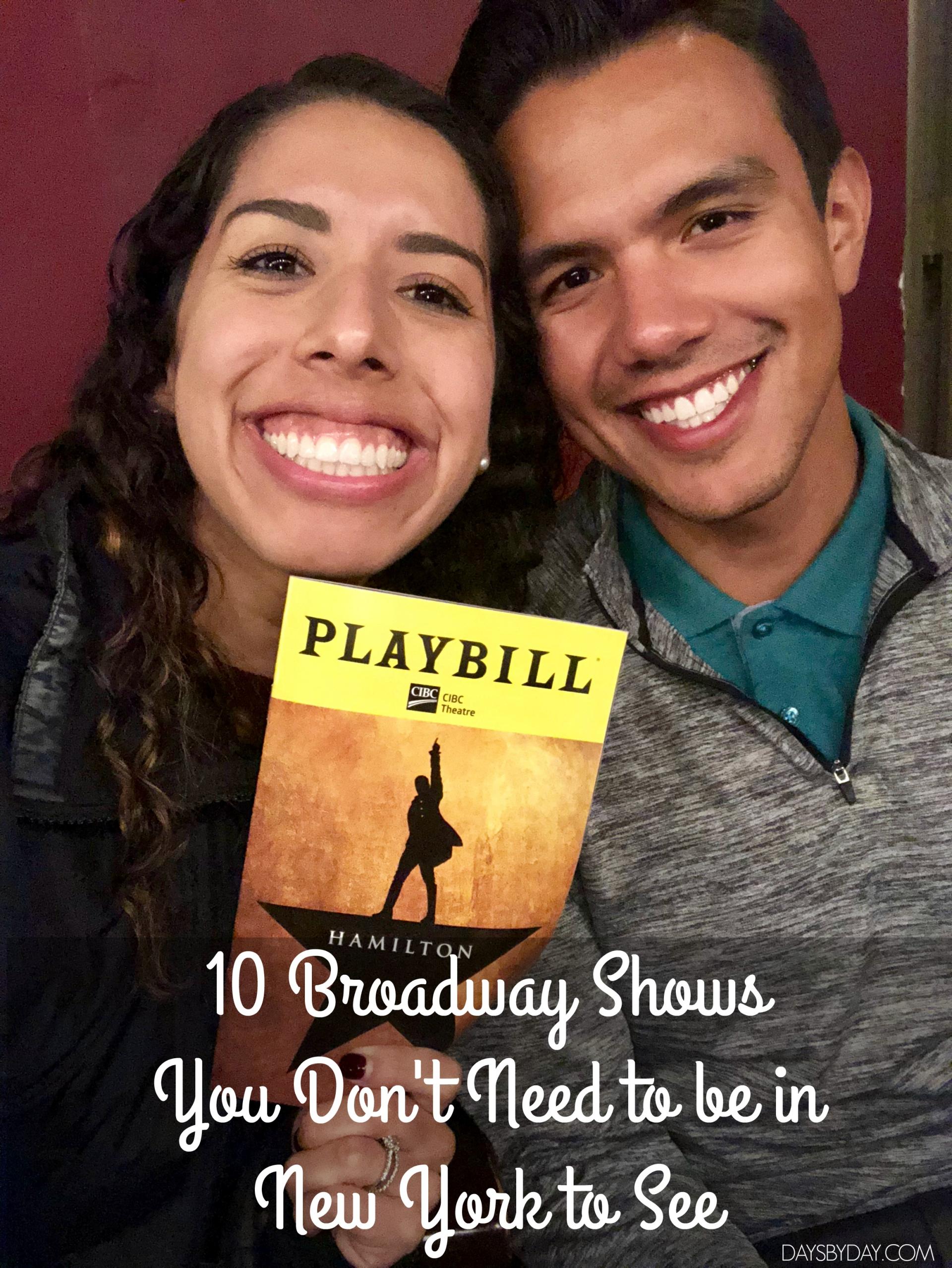 Throughout the year, Eric and I love a date night that takes advantage of the amazing theatre district Chicago has to offer! Some favorites we’ve caught in town include Phantom of the Opera, Wicked, and the Book of Mormon.

While seeing a show on Broadway is an incredible experience, I actually first fell in love with musicals off-Broadway back home in Houston. I quickly learned that there are lots of places around the country where you can catch beautiful performances like these.

All that said, I’m super excited to partner with Emily at TodayTix to share a list of plays and musicals you can catch, even if you aren’t in NYC. I feel like it’s the perfect time to browse for tickets too –experiences with loved ones are my favorite holiday gifts to give!

Take a look below and let me know which made your wish list!

Like Dayna mentioned, you don’t have to be in Manhattan to see a Broadway show. Many productions begin out of town, so if you’re in Chicago, Houston or somewhere else, you might get a first look before some Broadway shows hit the big time in NYC. Also, many successful plays and musicals go on the road or are produced by local nonprofit theaters, so there are seemingly unlimited chances to catch what’s playing, played or will play in NYC near you.

Check out the Broadway hits that are showing at a theater near you during the holidays.

This Chicago holiday tradition is back to share the heartwarming story of Ebenezer Scrooge’s discovery of compassion, kindness and redemption. A Christmas Carol is a must-see show in Chicago that theatergoers have enjoyed for over four decades during the holiday season. Enjoy topnotch performances, gorgeous costumes and eye-popping effects. 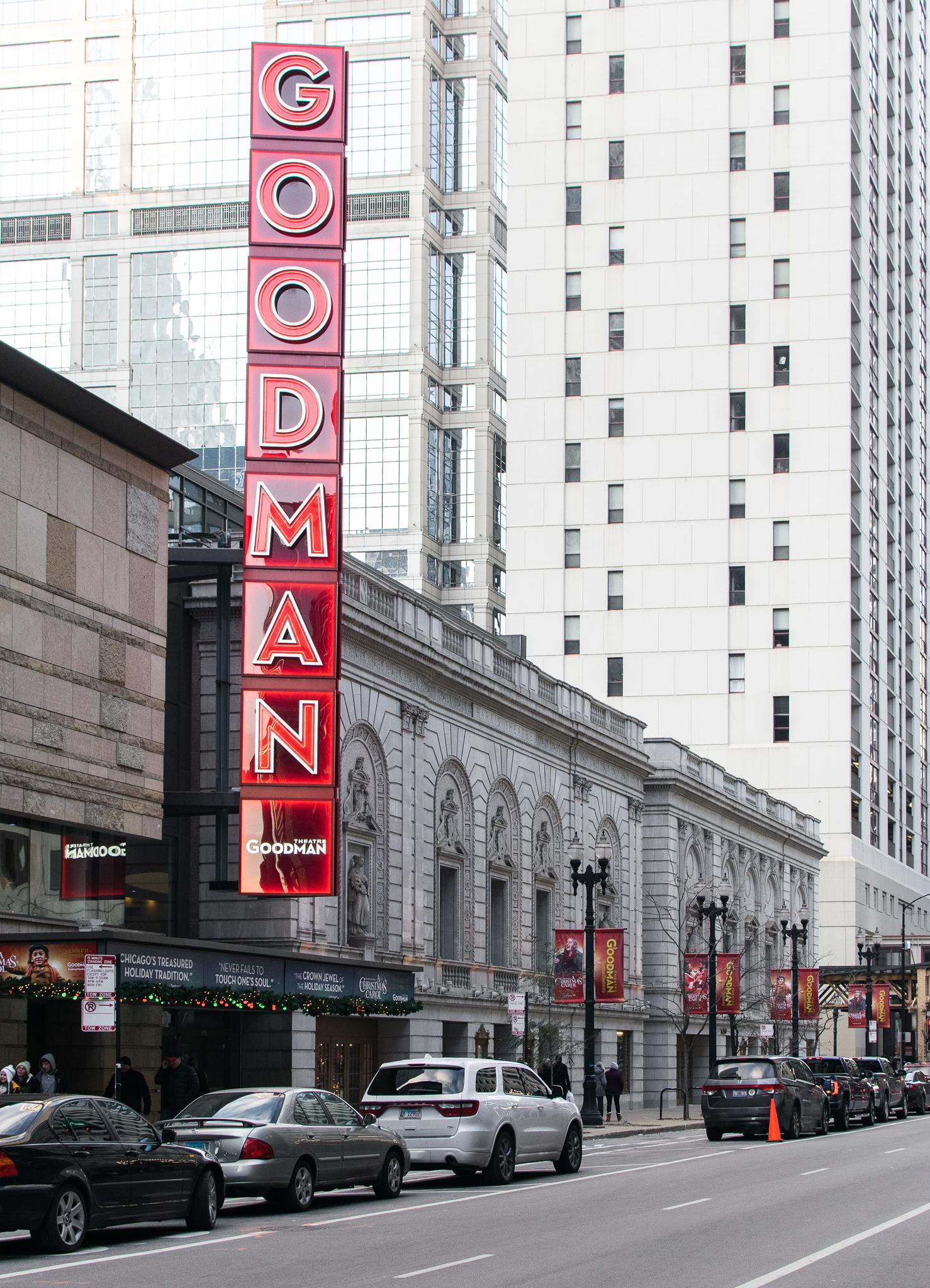 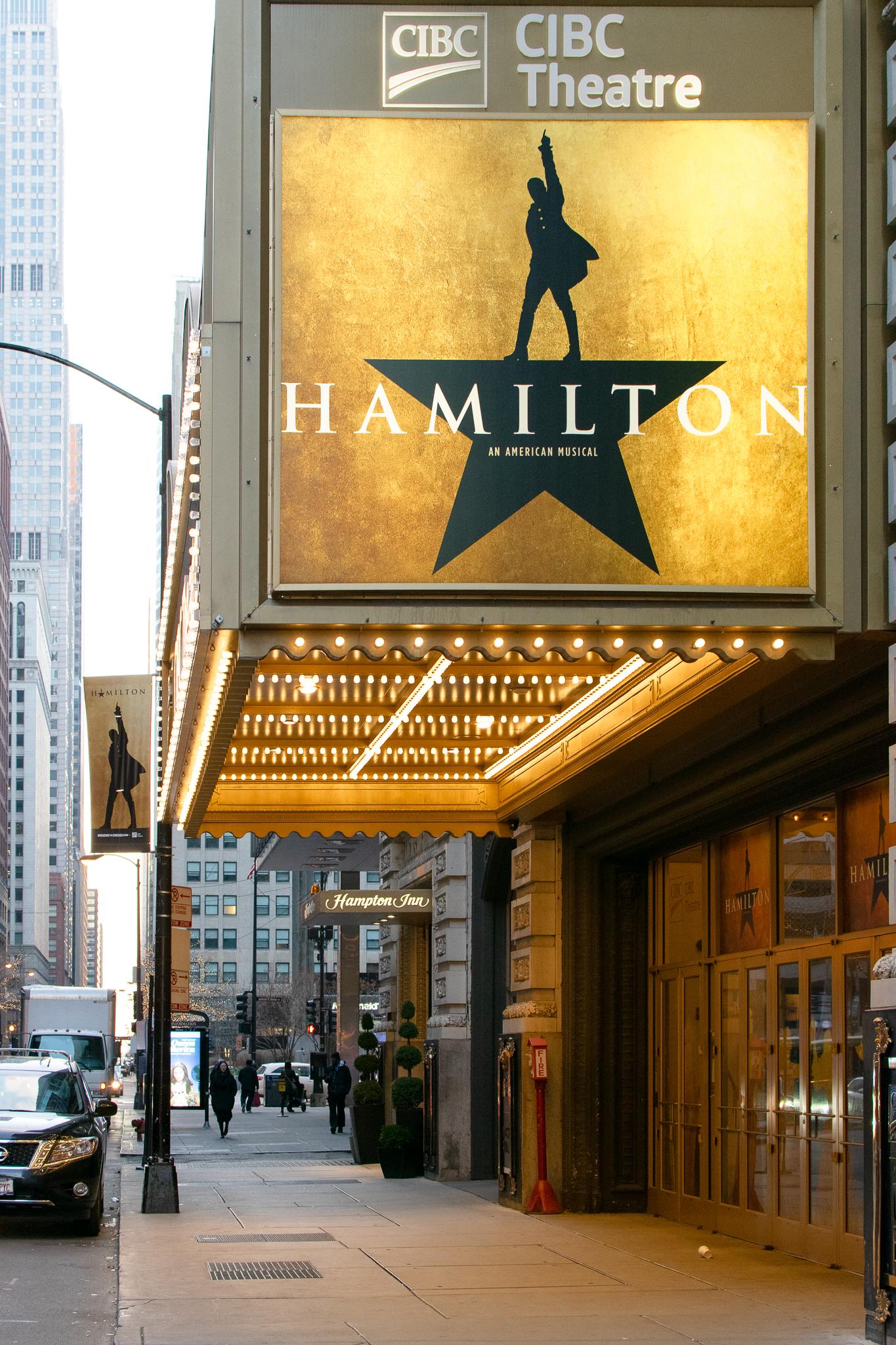 Don’t miss the talented Kate Hamill and her adaptation of Jane Austen’s classic, Pride and Prejustice. This production uses 8 actors to bring Austen’s famous book to life in a festive evening. The story follows outspoken Elizabeth Bennet, who faces pressure to find a suitor by her status-conscious mother. But is marriage suitable for a woman of Elizabeth’s intelligence and independence? Find out as the tall and handsome Mr. Darcy keeps popping up everywhere.

Mr. Popper, a simple painter, can barely support himself and his family. Adding twelve penguins to the mix makes it even harder to make both ends meet. Then, Mr. Popper has a splendid idea to turn the talented penguins into a traveling vaudeville act! The entire family will be tapping along with Mr. Popper and his feathered friends.

A Christmas Story: The Musical

From the songwriting team behind the smash hit Tony Award-winning musical Dear Evan Hansen, A Christmas Story: The Musical brings the classic 1983 movie to hilarious life on stage! Set in 1940s Indiana, a young and bespectacled Ralphie Parker schemes his way toward the holiday gift of his dreams. An infamous leg lamp, outrageous pink bunny pajamas, and a triple-dog-dare to lick a freezing flagpole are just a few of the distractions that stand between Ralphie and his Christmas wish.

Broadway’s hit crowd-pleaser will take you to the stoops of the Bronx in the 1960s. A young man is caught between the mob boss he’d love to be and the father he loves. This unforgettable story of loyalty and family is bursting with high-energy dance numbers and original doo-wop tunes. This is the perfect tale to go see on date night this season.

As the story goes, so much happened before Dorothy dropped in. The untold story of the witches of Oz, which celebrates 15 years on Broadway this month, is coming back to LA for the holidays. Take the whole family to hear hits like “Defying Gravity” and “For Good” in the venue where the first LA production of the show opened. From the first electrifying note to the final breathtaking moment, “Wicked” – the untold true story of the Witches of Oz – transfixes audiences with its wildly inventive story. 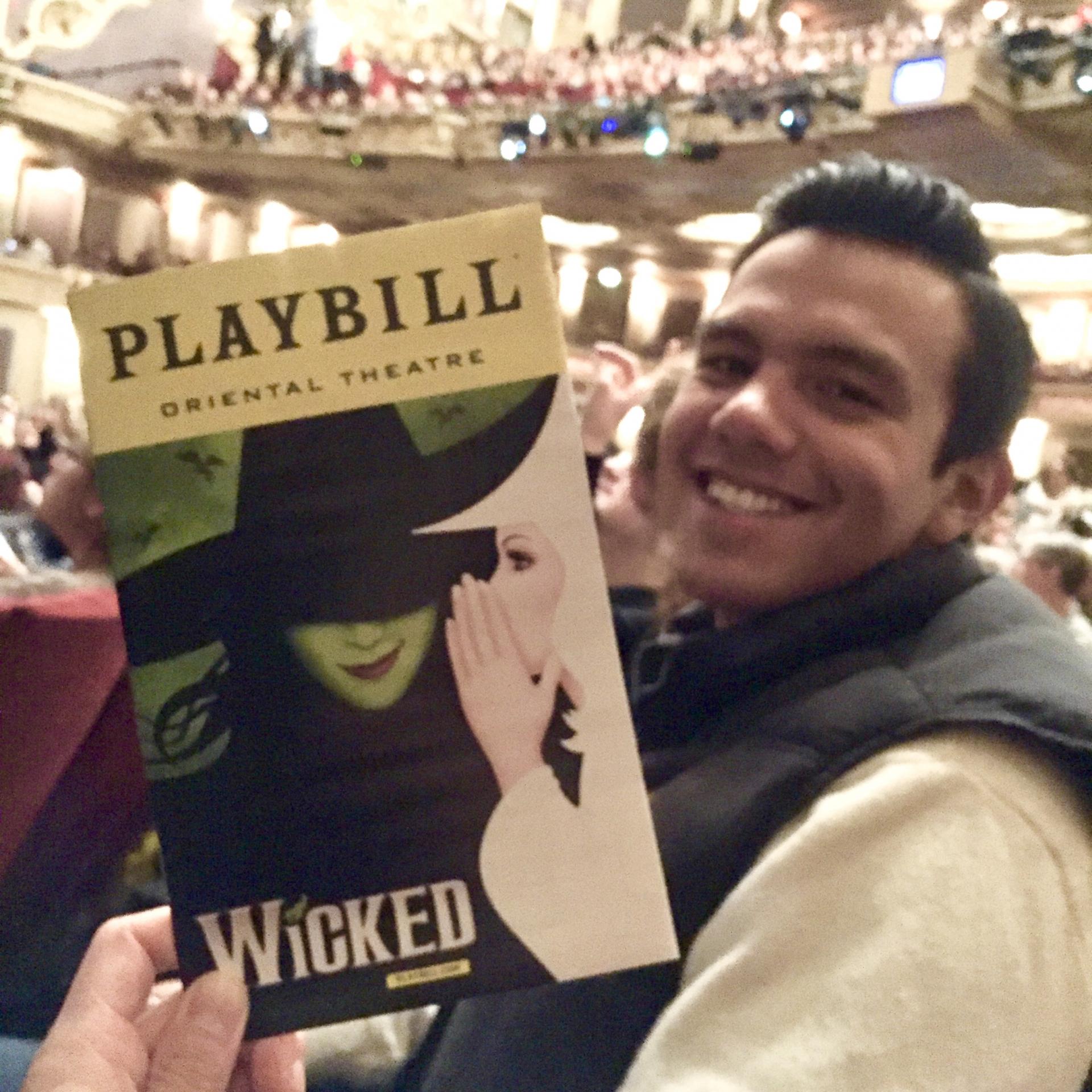 From the creators of “Les Misérables” comes the acclaimed new production of the legendary musical, “Miss Saigon.” This is the epic story of a young Vietnamese woman named Kim who meets an American G.I. in an encounter that will change their lives forever. Featuring a sensational cast and a soaring score, this is a theatrical event you will never forget.

Telling the inspiring true story of King’s remarkable rise to stardom, “Beautiful – The Carole King Musical” walks through her life. From being a part of a hit songwriting team with her husband, to her relationship with fellow writers, to becoming one of the most successful solo acts in music history, she wrote the soundtrack to a generation.

The highest-grossing Broadway musical of all time is bringing the love to Seattle. Prepare to be amazed by the intricate animal puppets and enjoy Elton John’s classic songs alongside some new tunes for the stage show. Giraffes strut, birds swoop and gazelles leap, watch the entire Serengeti come to life as never before.

What a great round up, right you guys? I think seeing a Broadway show is the perfect way to kick off – or wrap up – the holidays.

Would love to hear about your favorite Broadway experiences – comment below!

Thanks to TodayTix for sponsoring this post! We’ve partnered to bring you honest opinions & recommendations.