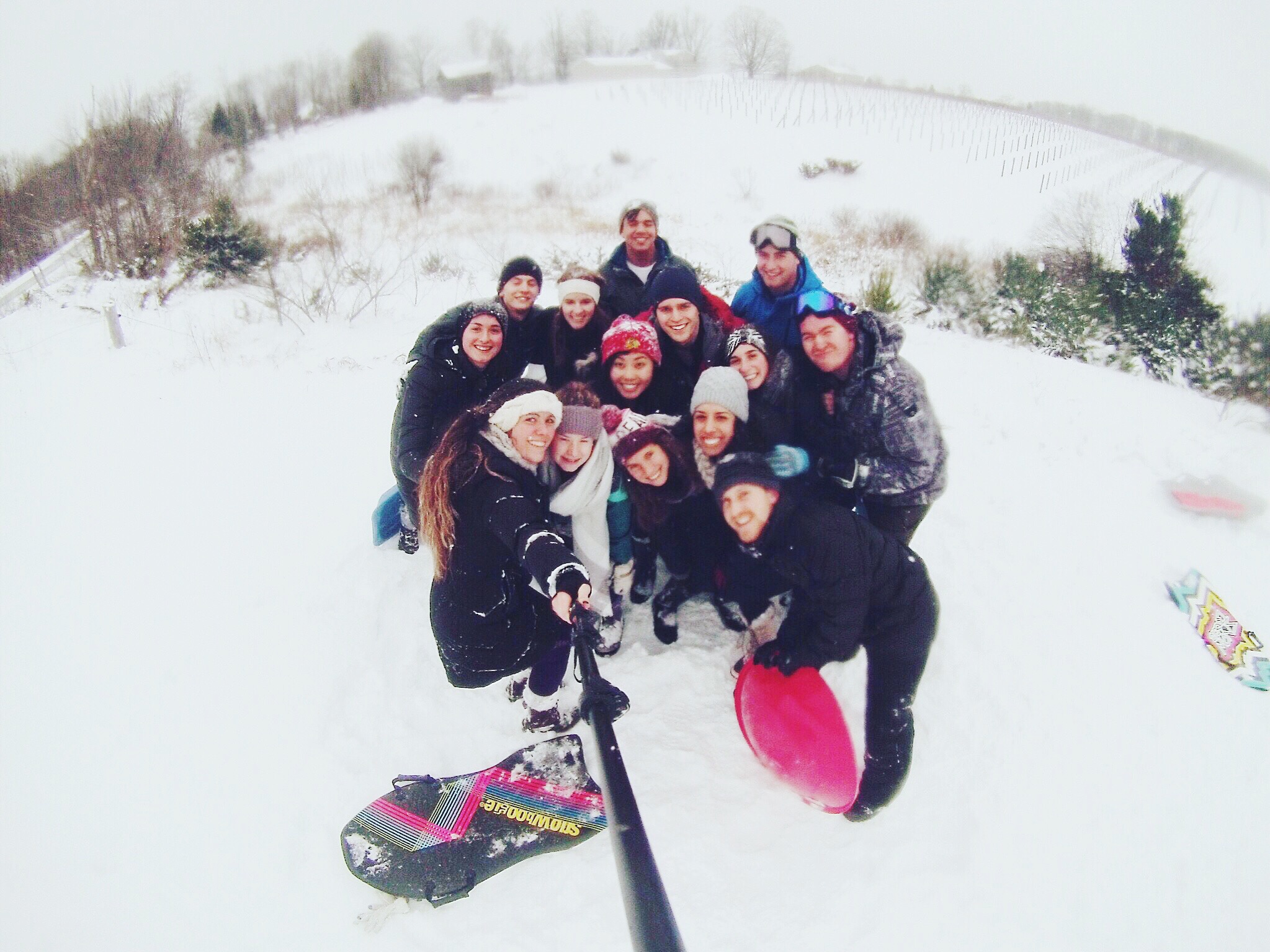 In mid-January, I checked another state off my list when the Chicago fam made our way to the little town of Charlevoix in northern Michigan. Becca’s dad owns a cabin up in some [currently] knee-high snowy hills, surrounded by big trees and next to her cousin’s vineyard. It sounds like quite the set-up, and trust me it is.

The cabin is not your average Lincoln log get up – it’s got huge ceilings,  five bedrooms, a clawfoot tub (ugh we didn’t get to use it, but like a CLAWFOOT TUB…dream bath), and loaded up with plenty of winter toys. 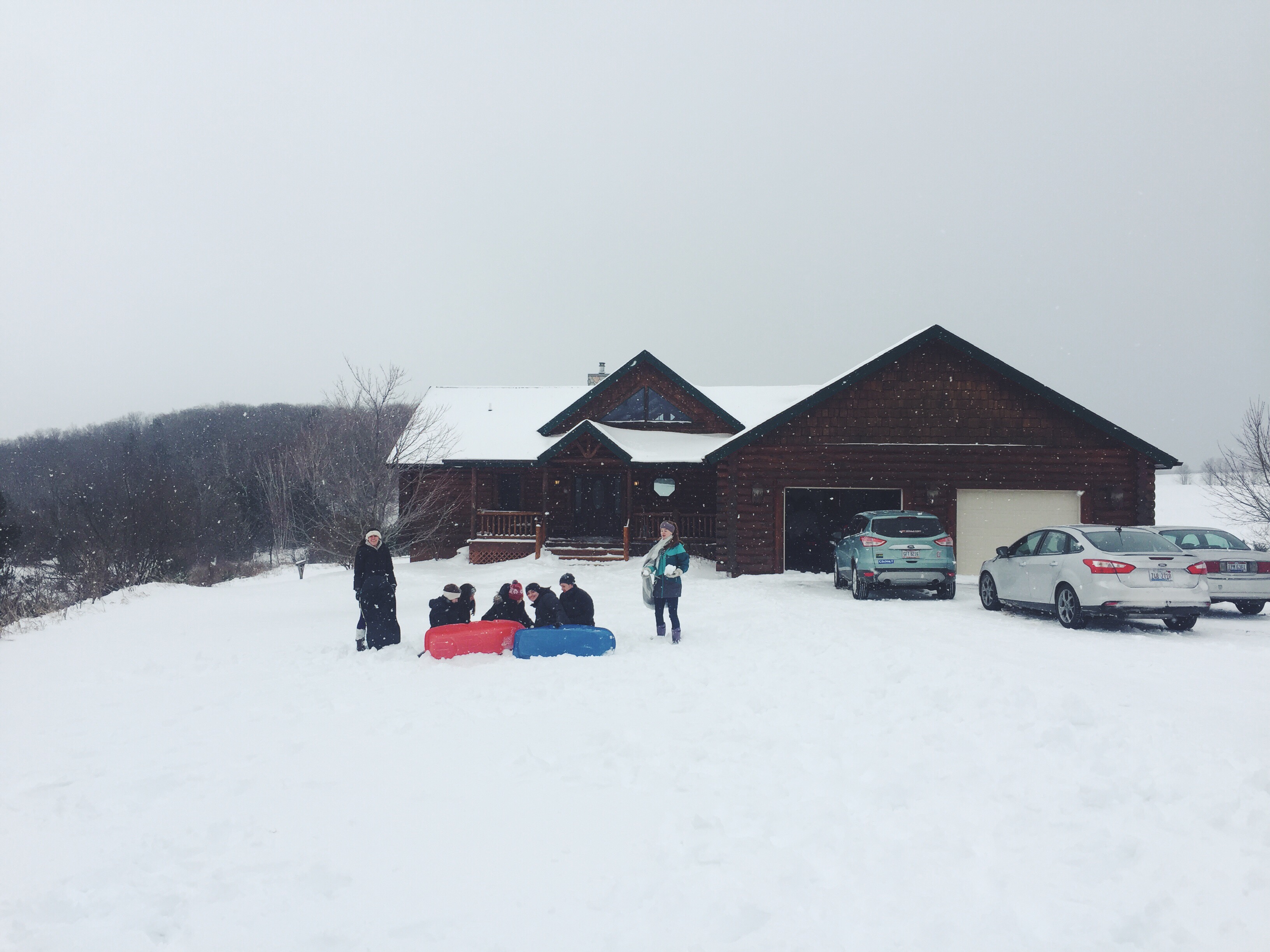 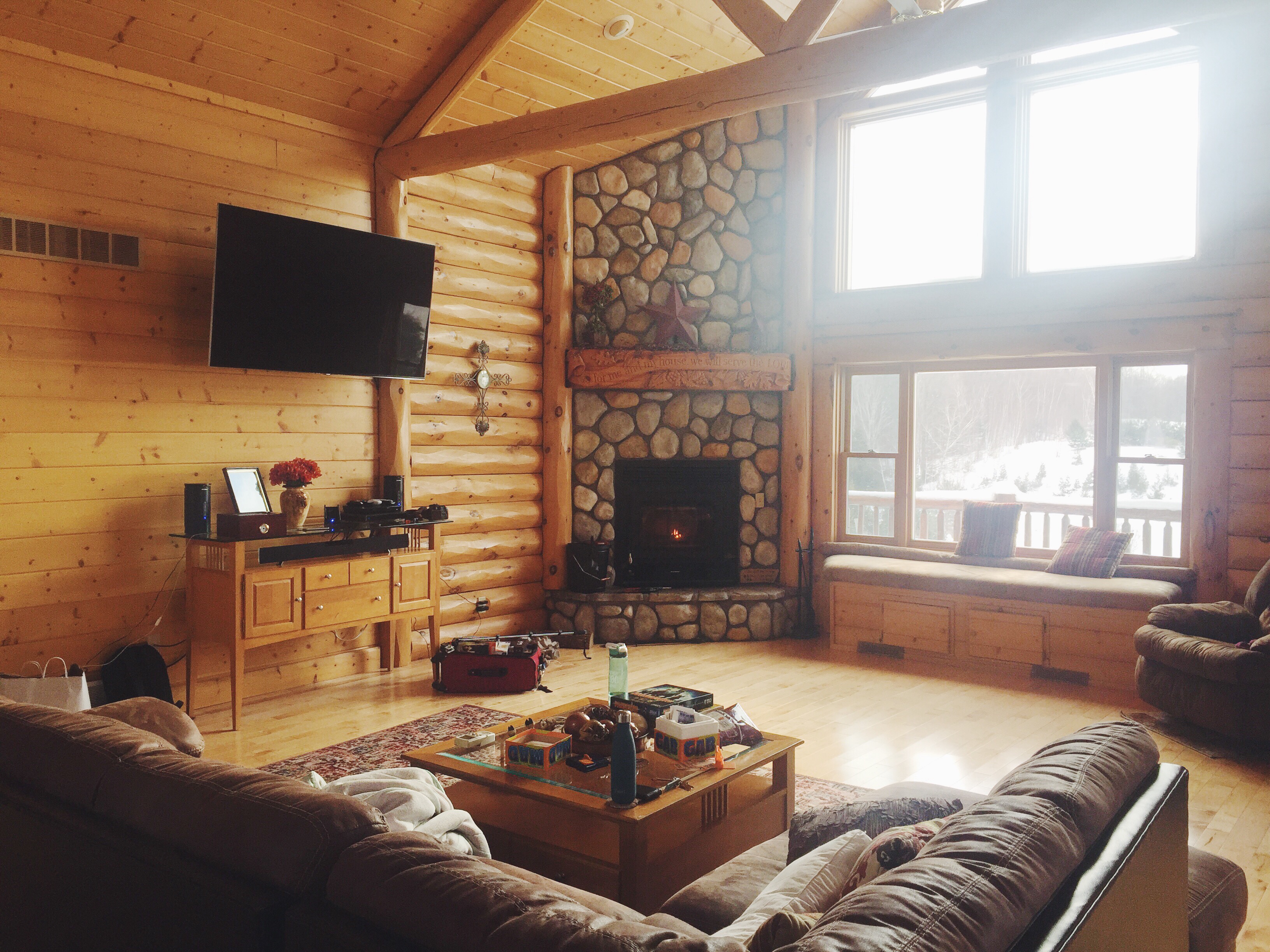 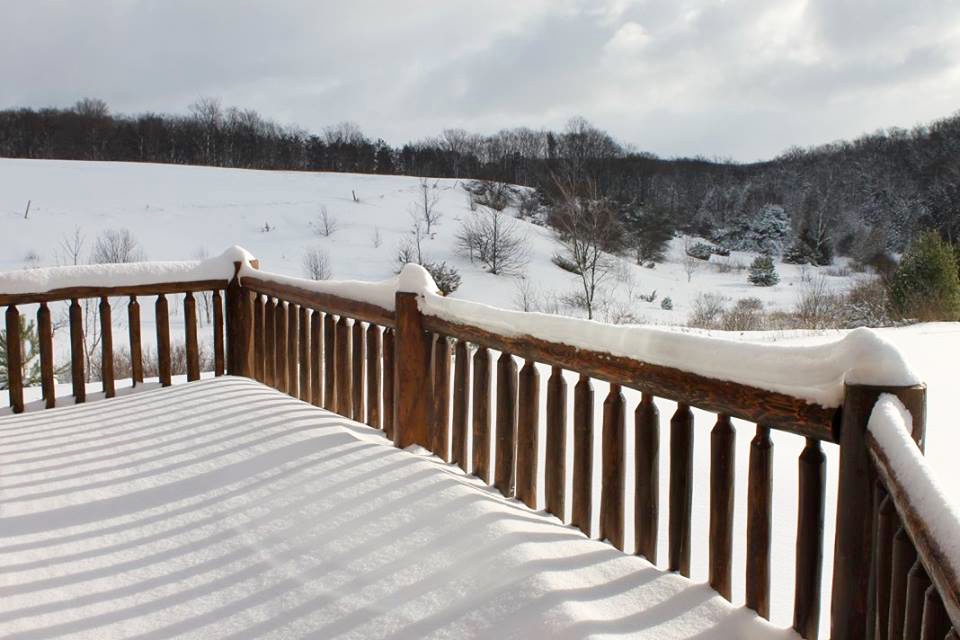 We drove late on a Friday for about six hours and loaded up on groceries on the way in. There were thirteen of us, so after splitting the cost of all the goods and gas, we lucked out with a  weekend of fun at a steal of a price.

My advice for traveling with six boys? Have lots of food. When they ask for a snack the mean they will eat three frozen pizzas.

We stayed up late the first night, drinking wine and chatting until suddenly it was 4:00 am, and we were eyeing each other to see who would be the first to say they can’t stay up anymore. Saturday started with brunch and lots of ridiculous photos. 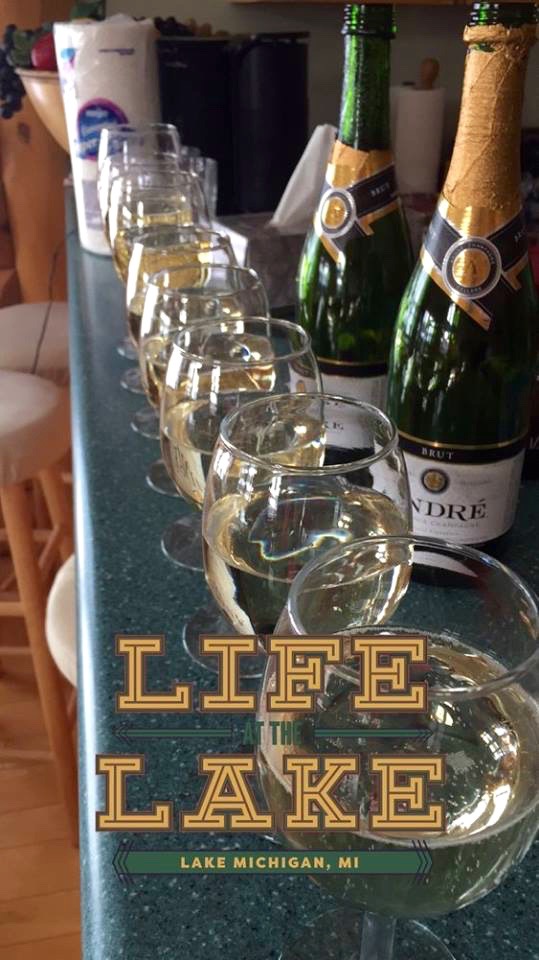 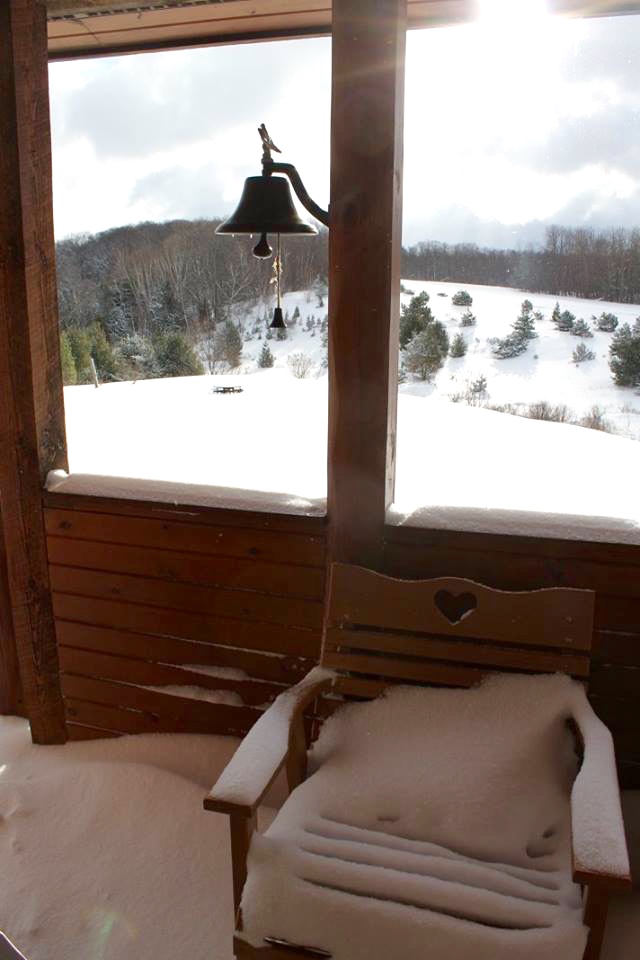 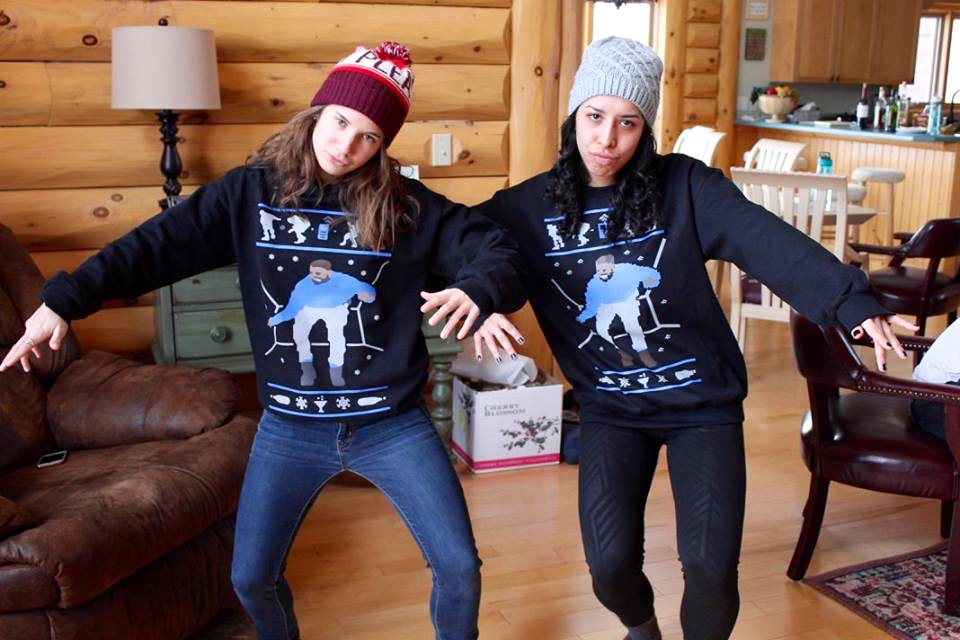 A slightly embarrassing photo that shows our obsession with Drake. 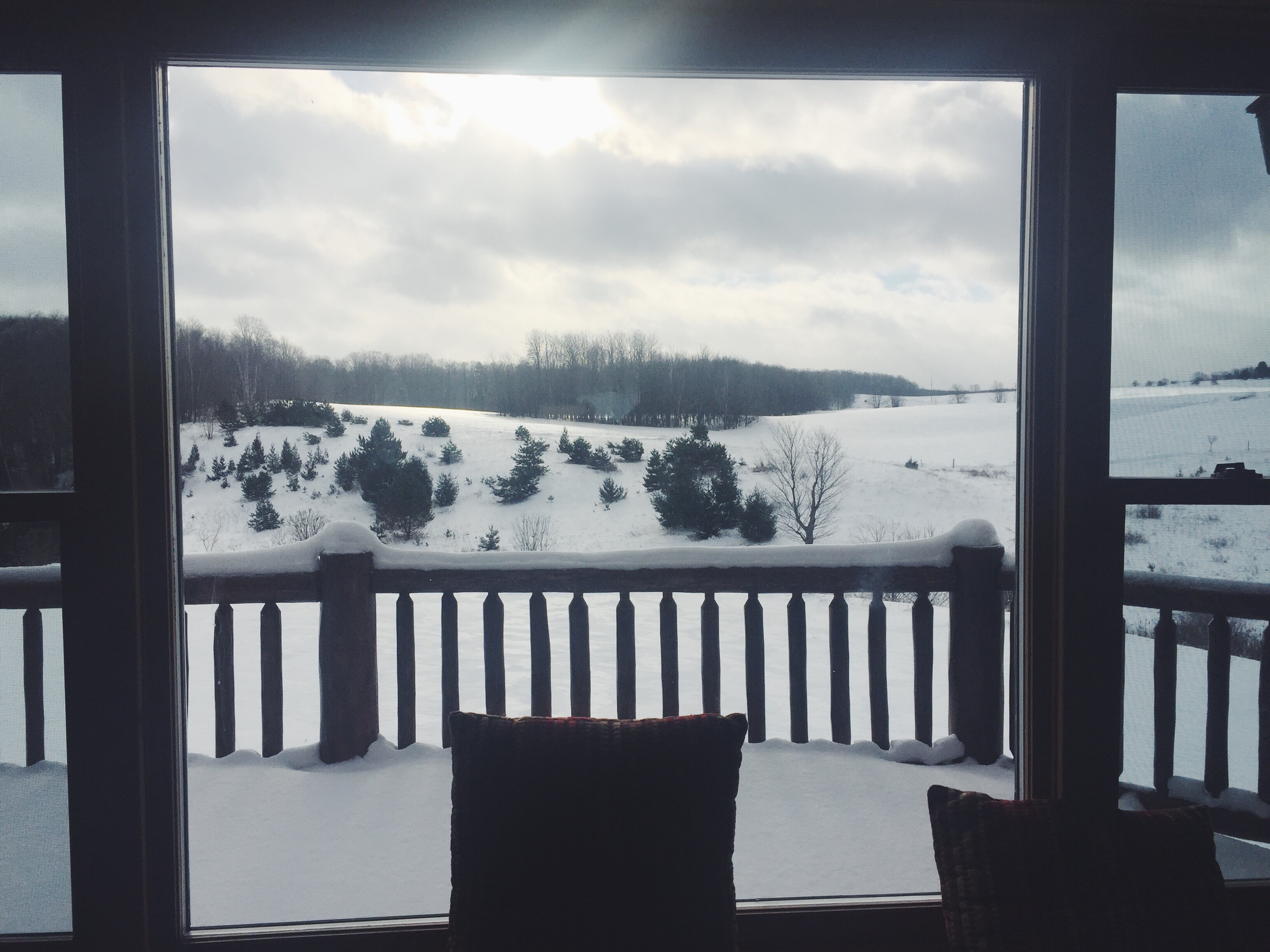 We had an intense snowball fight. I guess snowball fight mostly meant let’s gang up on each other and tackle someone. Um fun discovery though – Becca’s family has these little scissor looking things with cups at the end that make the literal perfect snowballs – I didn’t take a picture, but see what I’m talking about here. I’m not sure who won the fight in the end, but I did learn I need to work on my snowball throwing skills.

Sledding was another weekend activity! It was my very first time, along with one other gal pal, and that made everyone very excited. We piled on to the same “sled” – which did not look like the little wooden boards tied together I always imagined, but instead this long plastic tray of sorts – and were sent on our way. SO FUN. I’m not sure how many times we all continued to slide down and get our workout in by charging back up the hill,  but we were out there awhile. 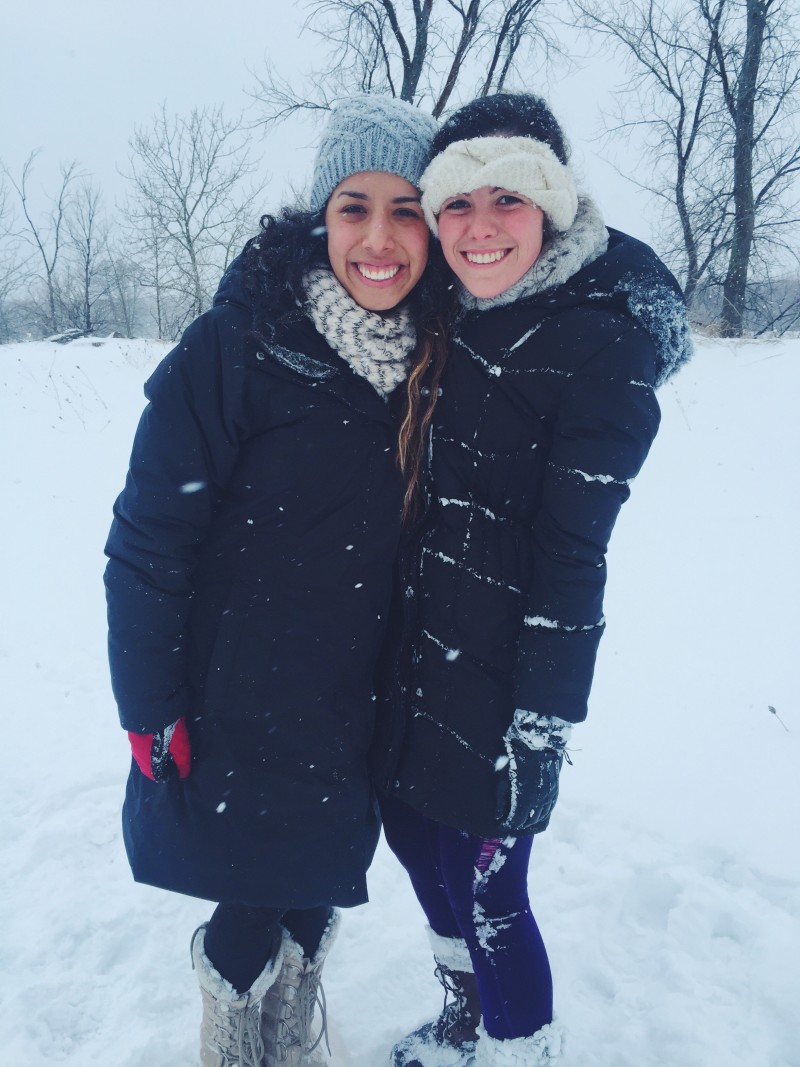 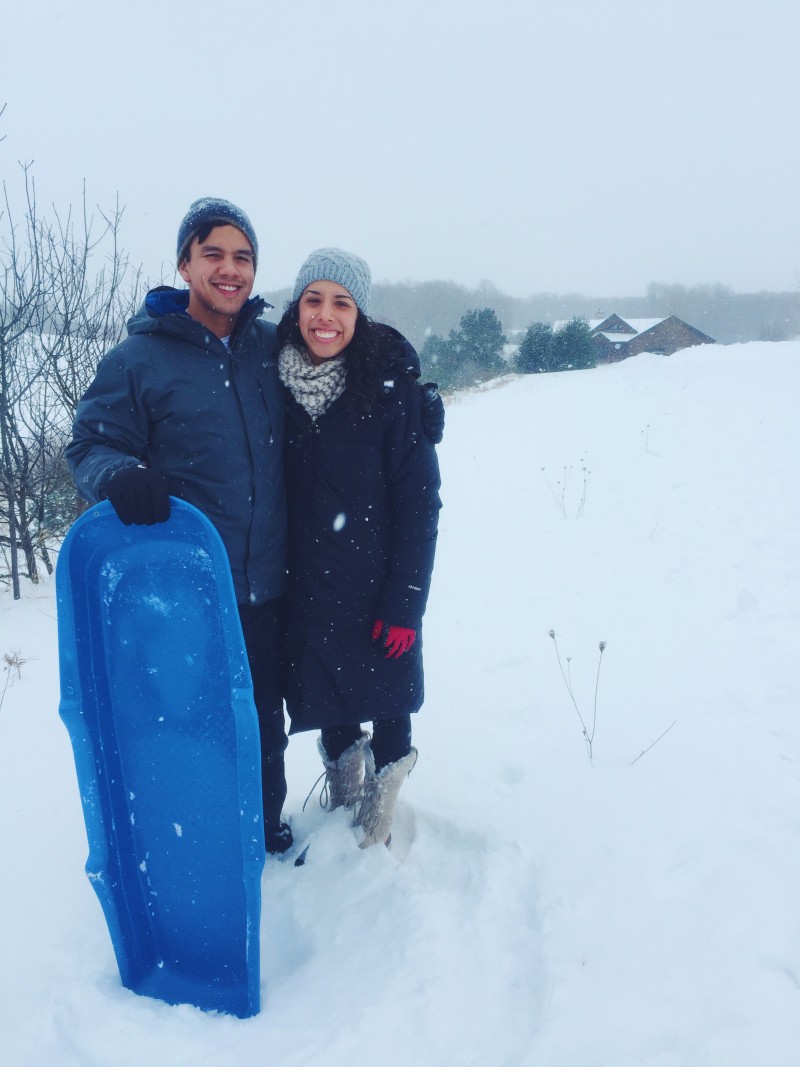 Sunday a couple of the guys went skiing at a nearby resort. Some of us played around on the snow mobiles and ATV in the cabin garage. Snow mobiles I learned are very fun, but also dangerous. Not even because of the driver, but because the snow is blanketed over everything and you might not know if you’re about to get stuck on an actual giant broken tree branch – Eric and I’s real life experience. For five minutes, we thought we were going to have to run back and find Becca in the middle of the snowy forest, aka thought we were going to freeze to death. Thankfully a cool gang of snowmobilers helped Eric get it unstuck in two minutes and we were back on our way. 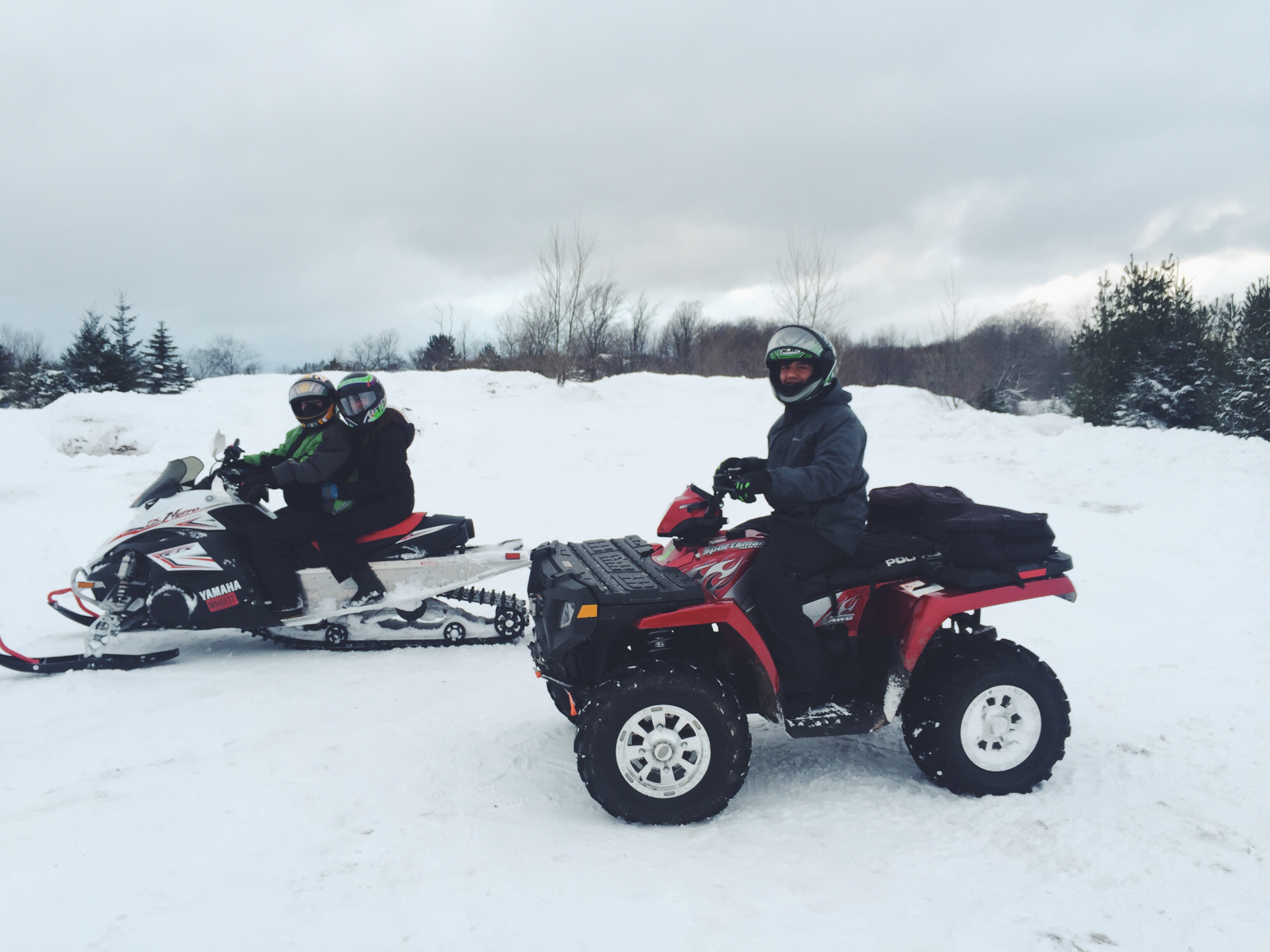 Other fun activities included eating everything in sight, and visiting the little downtown of Charlevoix. Very worth it for the fudge and to see the left over snowmen from an earlier contest. Also, I was very tempted to buy these oven mitts – the person who came up with this idea for a Michigan oven mitt must’ve been cracking up when he/she realized how perfect it was. I did, but then again I do crack up at most things. 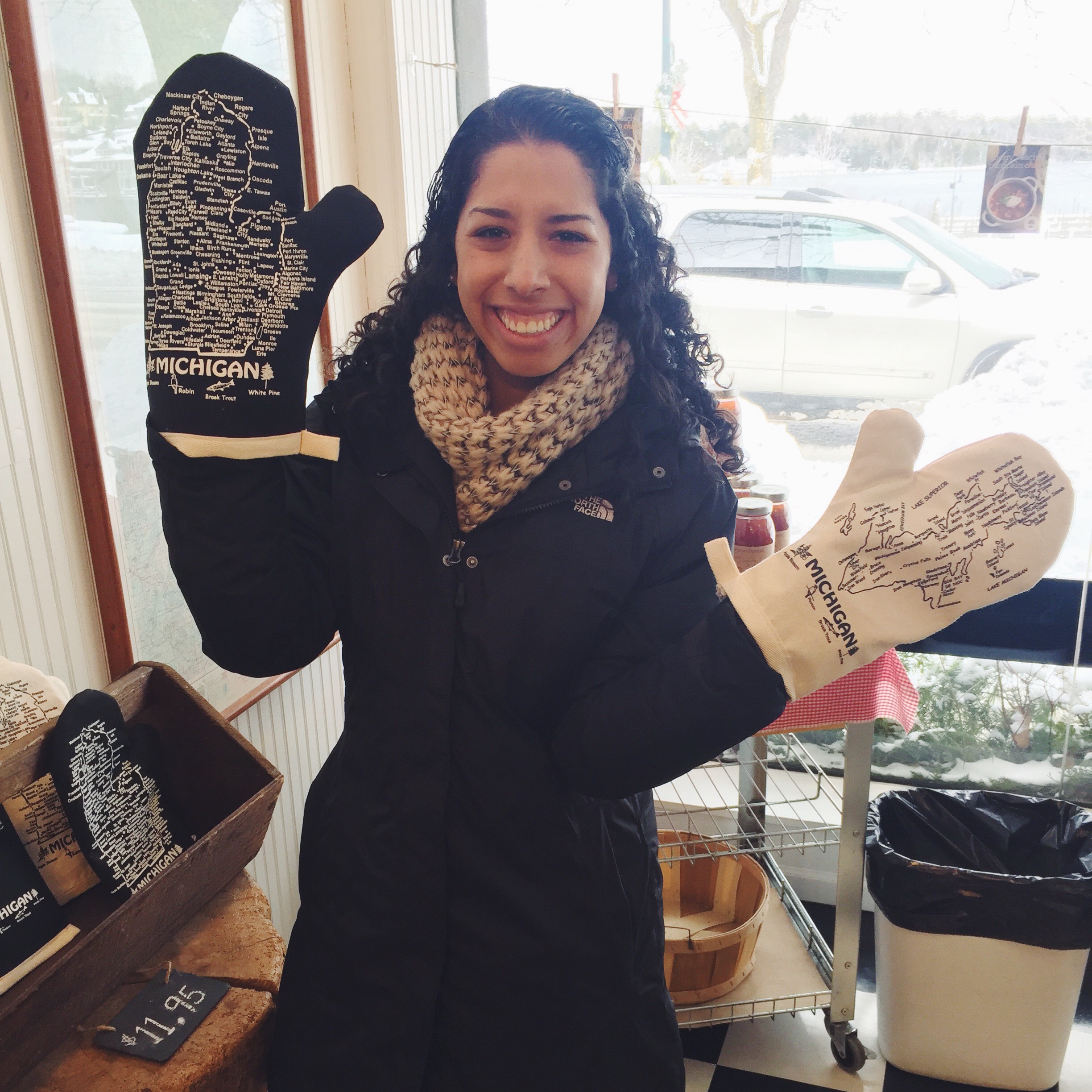 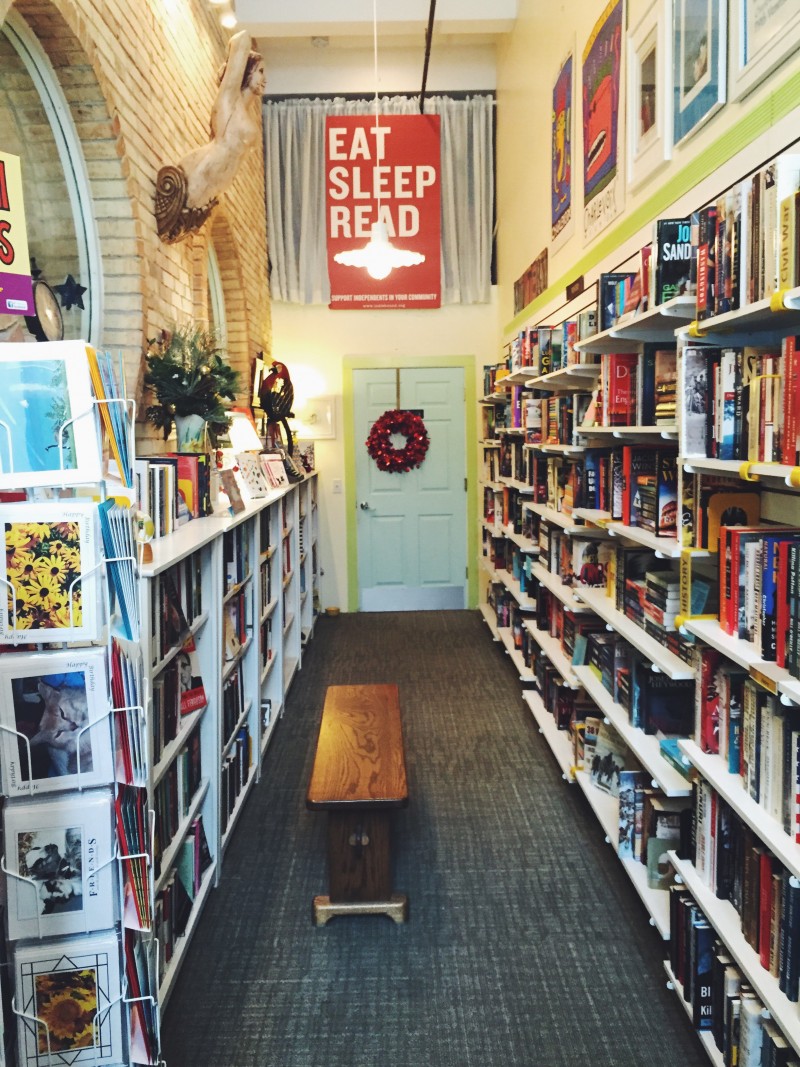 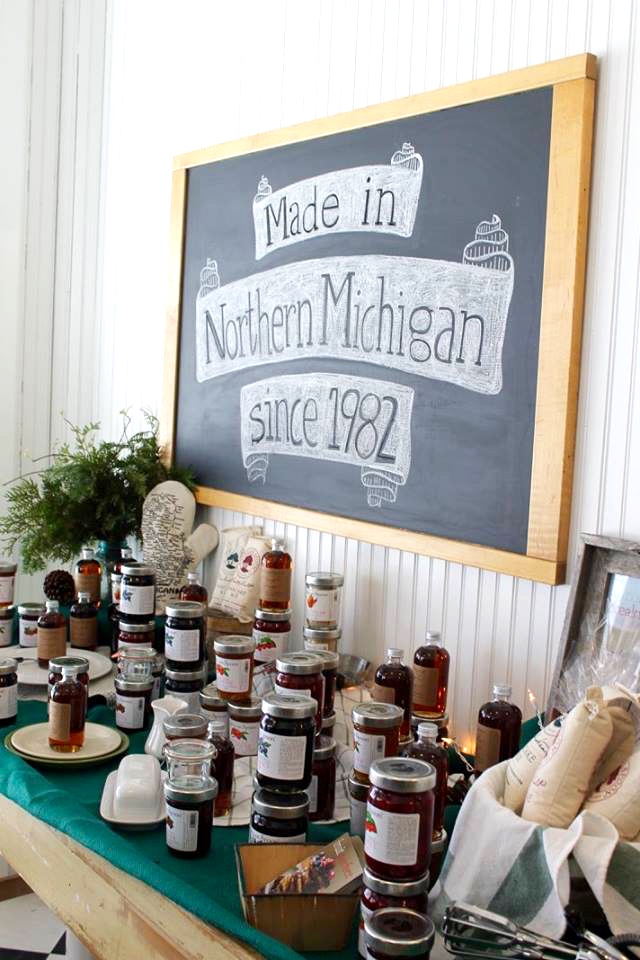 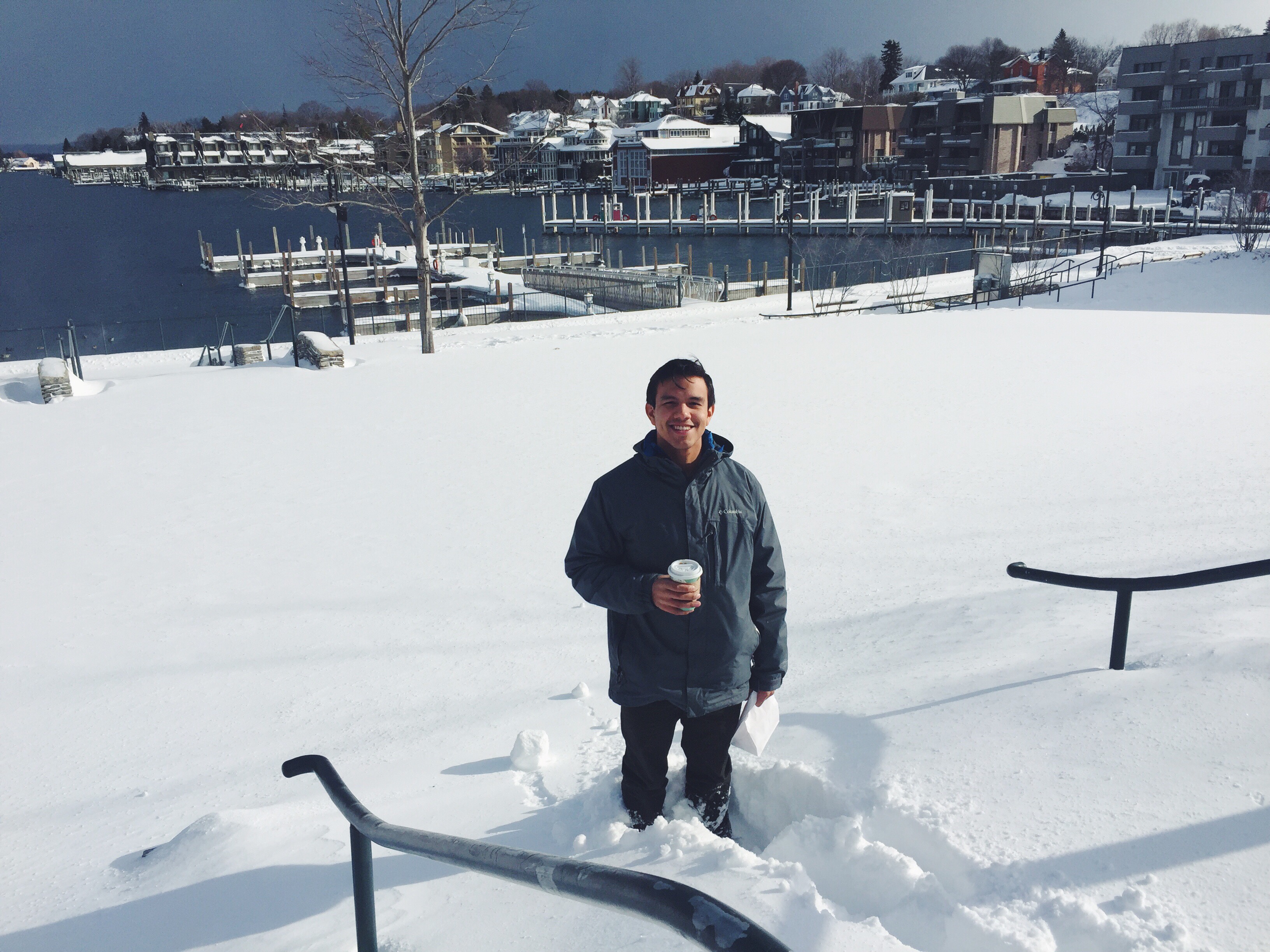 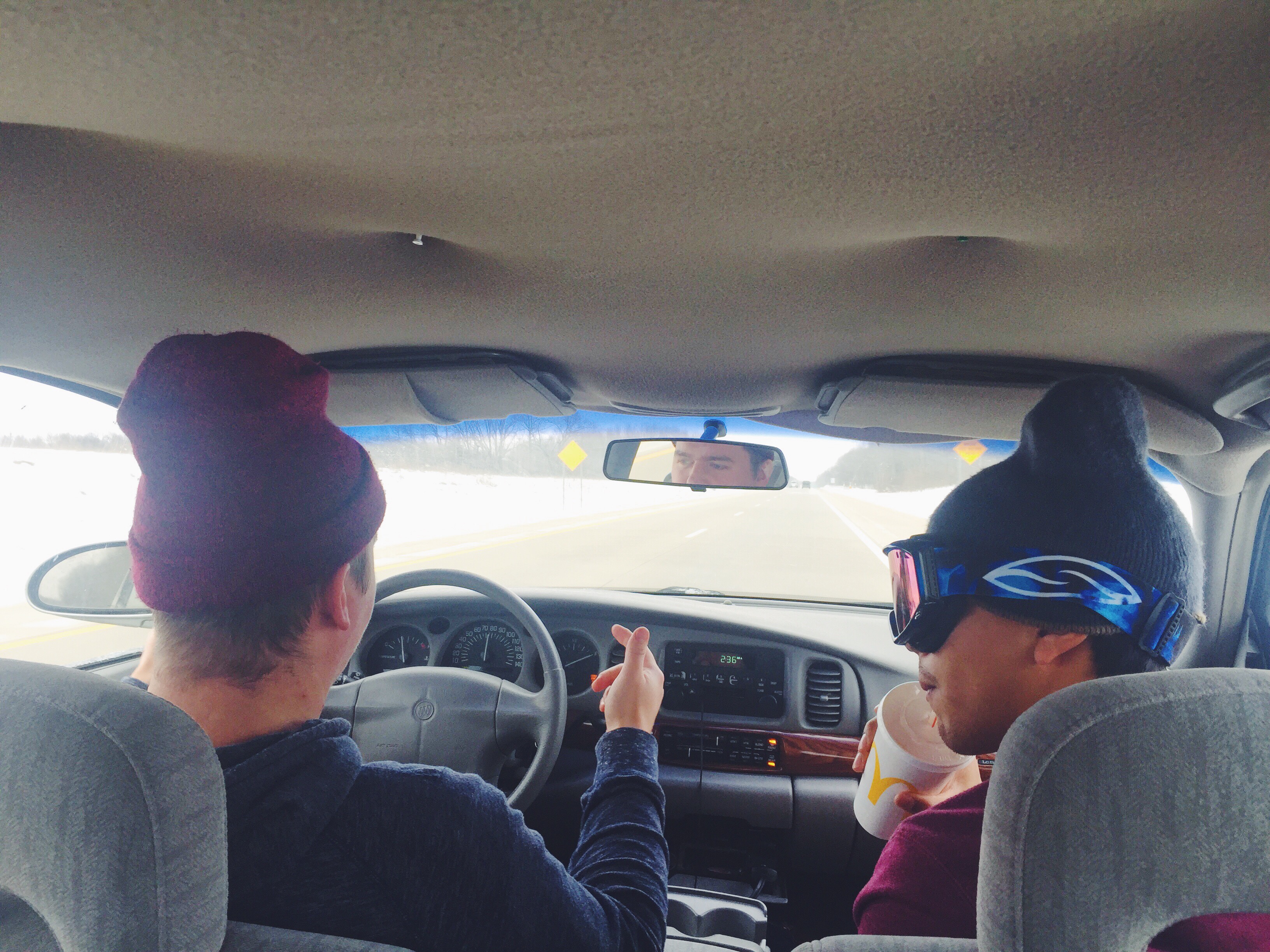 The drive home with two boys mistaking themselves for a couple of rappers.

All and all, the weekend getaway was actually perfect. A real life winter wonderland experience! It was a great post-holiday reunion with all the friends. Since it was right after my birthday, they made me feel super special with a cake to wrap the whole trip up.

And when we walked back up to the apartment building Monday evening, Eric and I were mostly just amazed that in six-ish hours we drove through three states, and across all of Michigan. I think things like this will continue to be amazing – thank you, Texas.