Like I mentioned a couple days ago, the last couple weeks have been a whirlwind! I’ve had every intention of sitting down to write, but time has escaped me. That being said, it’s all good, because I’ve been taking advantage of free moments to explore the city and spend time with the people who have made living here so wonderful.

So, here are a bunch of things I’ve been doing all this time instead of blogging:

This has definitely become a weekly occasion. 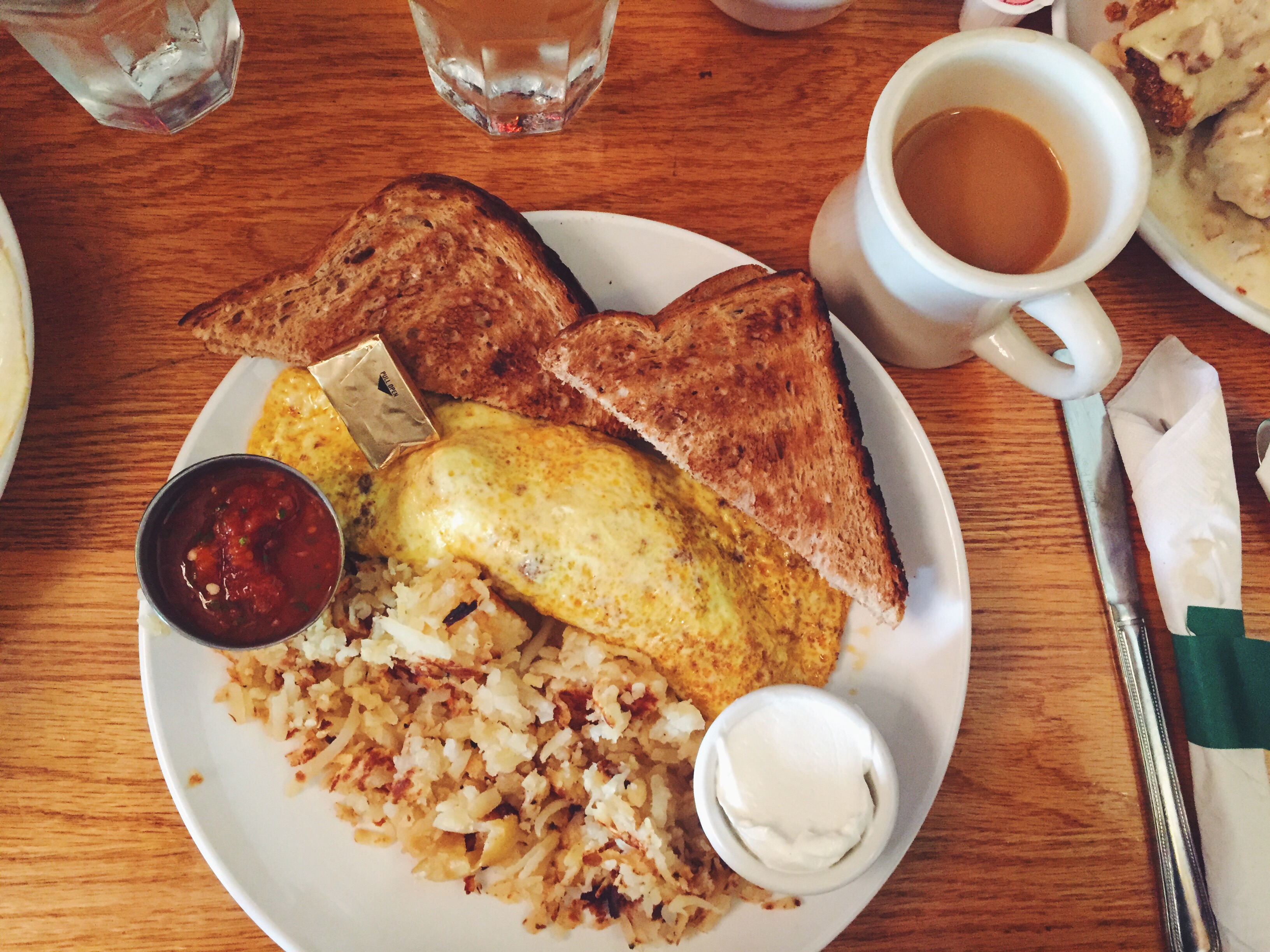 This past weekend, Becca and I had a roomie date at Ann Sather’s, where we finally satisfied Becca’s basically two month long craving for cinnamon rolls. 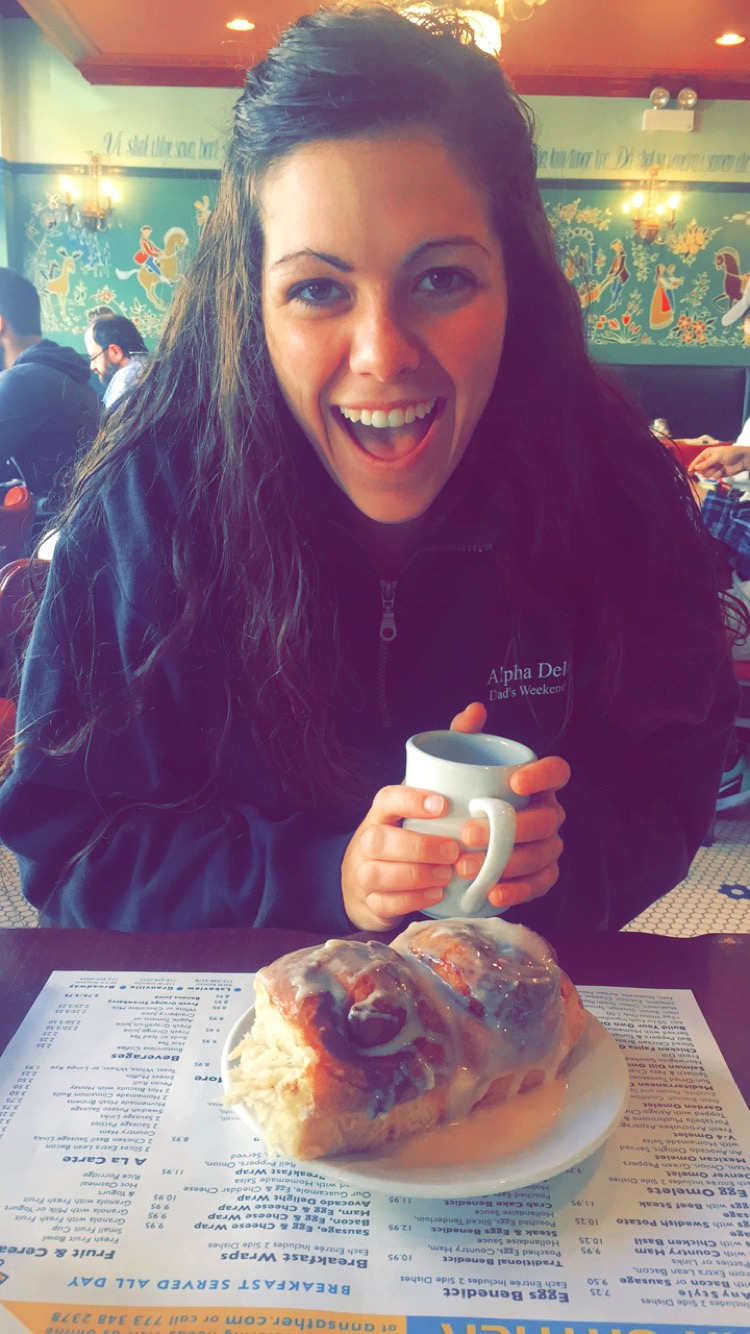 At what point have you gone too far in your pumpkin grocery purchases?

Becca and I may have reached that threshold, but it’s fine. We just bought a variety seven pumpkin items in one visit. We’re fine. We’re not being ridiculous or anything. Right? Right??? 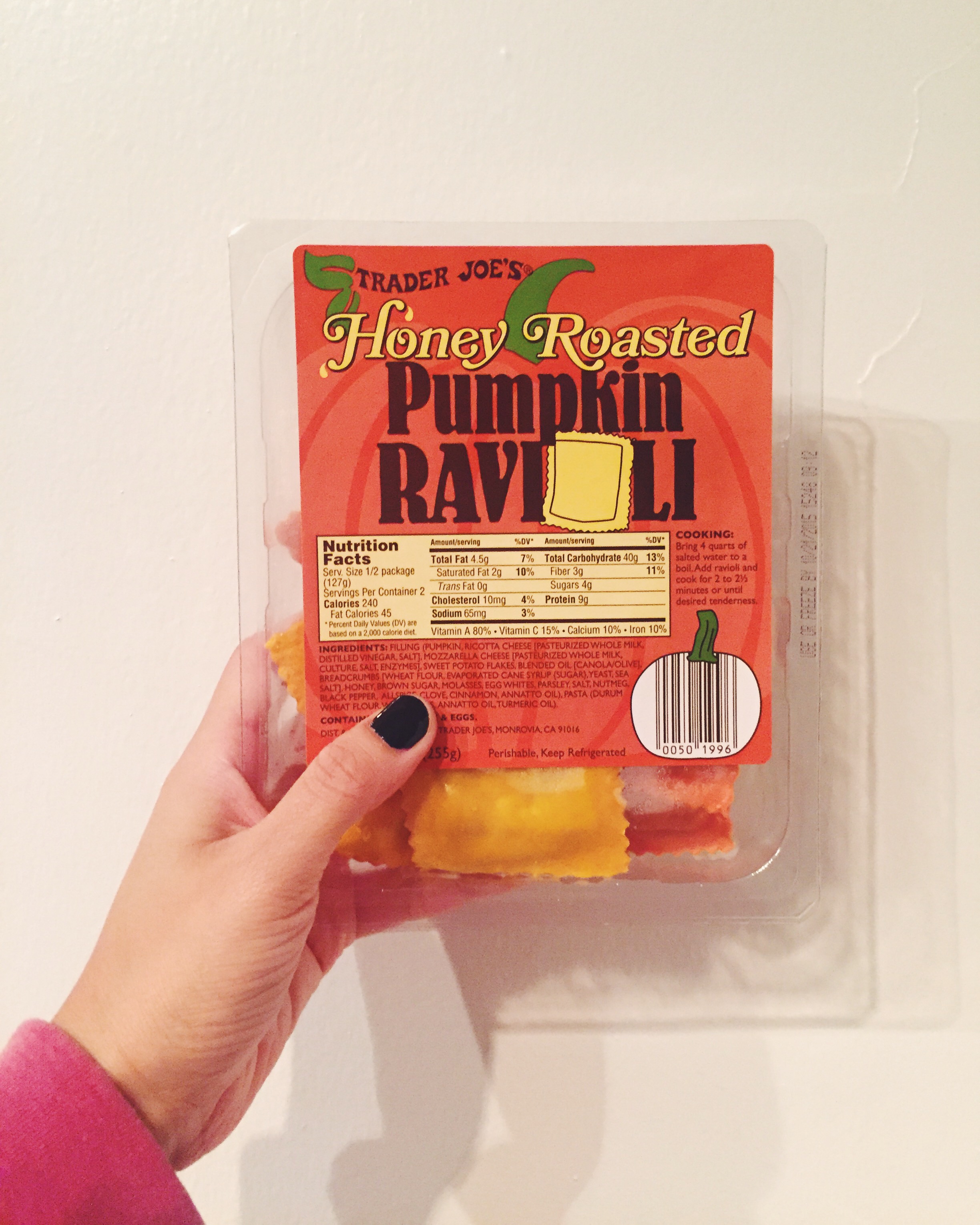 My favorite purchase though is definitely the ravioli. SO YUM. Highly recommend it.

It’s La Croix. I’ve always sworn off carbonated water because I didn’t like the taste, but who knew when you added every fun fruity flavor to it under the sun, it’s actually really good??

Our work fridge has a never ending supply and I never fail to grab one for lunch. And maybe another in the afternoon. Or two if I really want to feel refreshed, but who’s counting? 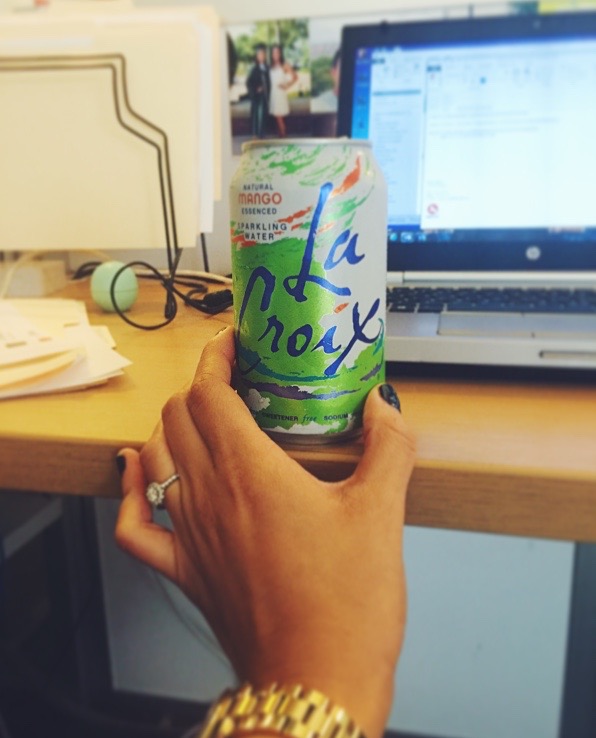 I’m not even a fan of apricots, but I think it might be my favorite flavor. If you want to know what being obsessed with La Croix is like, this Buzzfeed article is pretty spot on.

This was so amazing!! A couple weeks ago, the annual Red River Showdown between The University of Texas and The University of Oklahoma took place at the Texas State Fair in Dallas. I was prepared for the worst, seeing as we had been c r u s h e d by TCU the week before, but the Longhorns put their game faces on and we killed it. 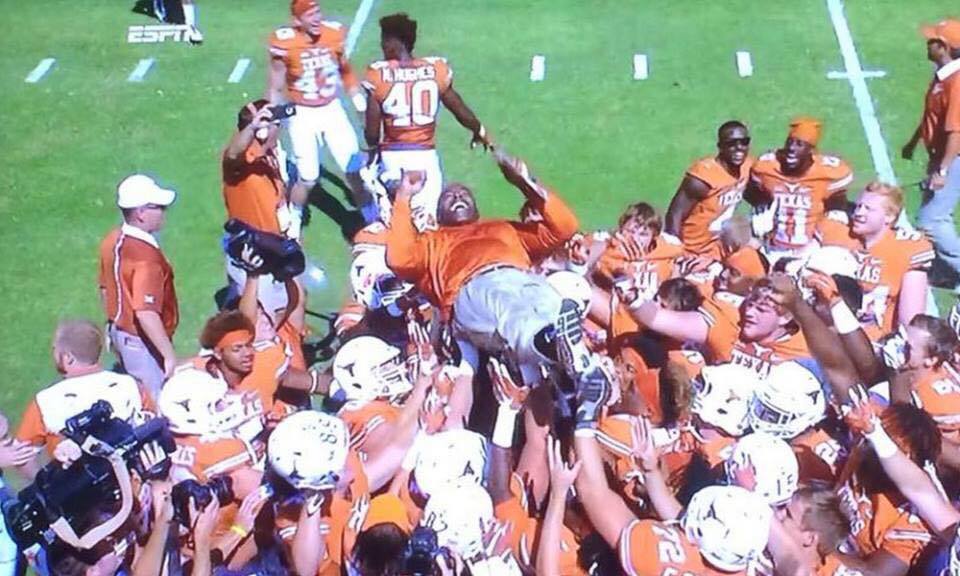 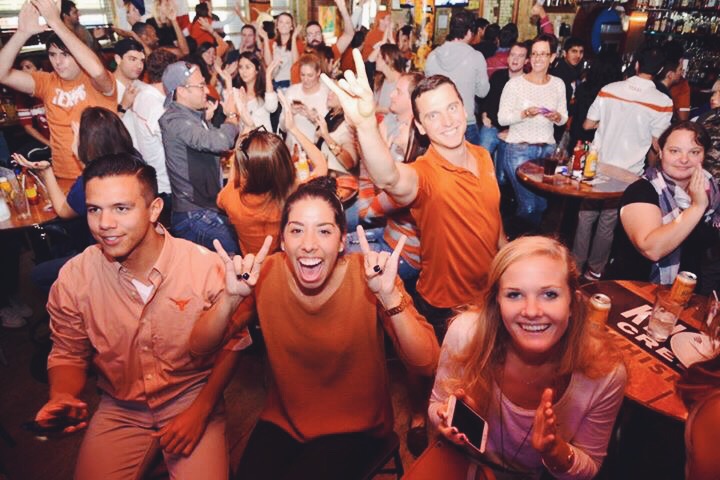 Chicago Texas Exes Chapter put this on FB and I felt famous.

I was ecstatic they won in just general, but also ecstatic they won for Eric’s sake, because I feel like he would’ve gone into a mild depression. Missing this game and the fair’s fried food for the first time in years was eating him alive all week.

Also, taking a moment to love on our real life Longhorn mascot, Bevo XIV. Unfortunately, he was not able to make the trip to Dallas and passed away from cancer last week. Bevo XIV got to be apart of some awesome moments for our school though, and was also the king of social media – evidence here. Rest in peace, big guy.

Feeling really domestic for once //

Remember the 30 apples we all came home with from apple picking? Eric and I wanted to bake something to use some, and found an easy apple turnover recipe that used a whole whopping two of them. 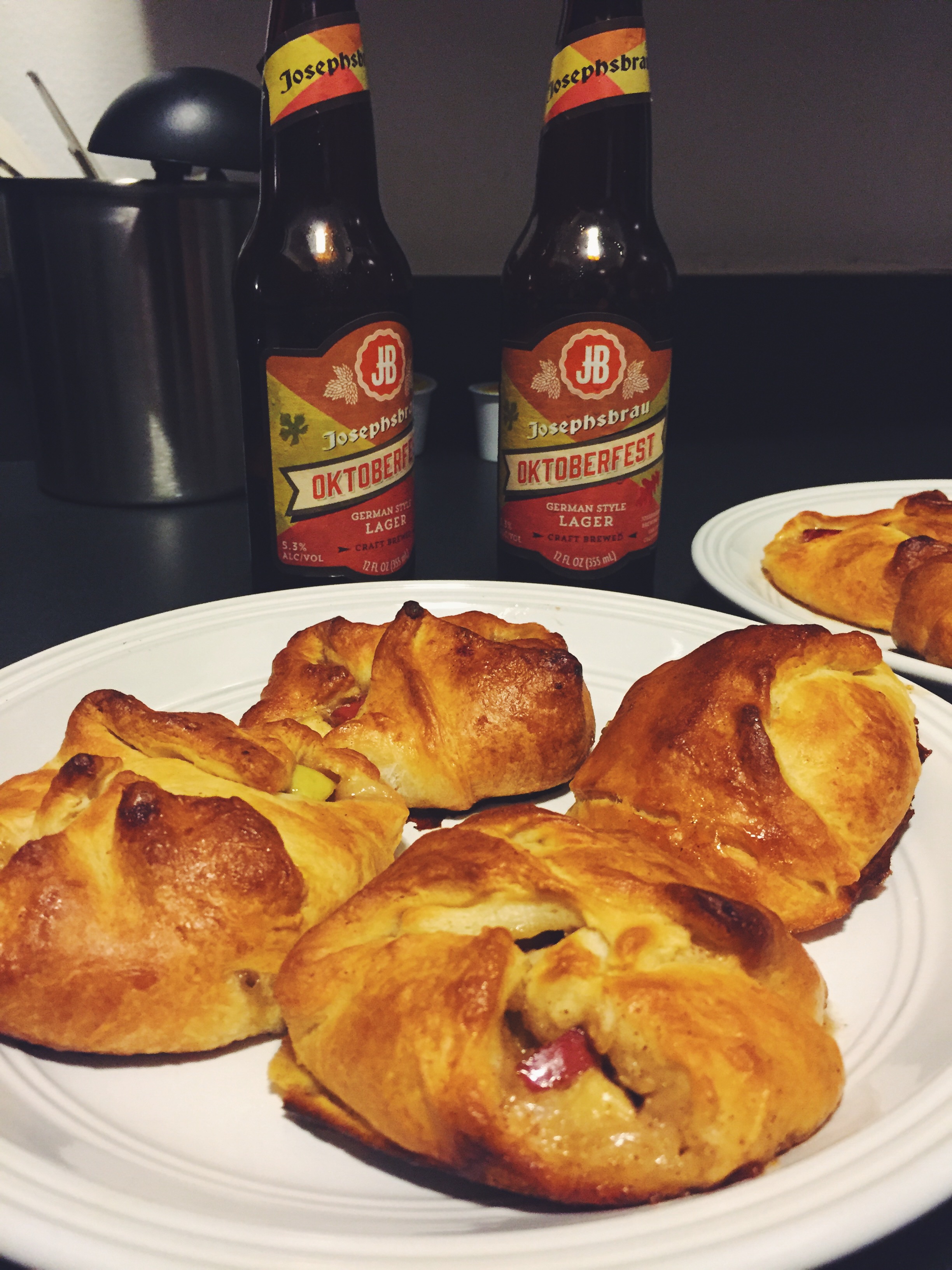 You guys, these turnovers were the bomb. They turned out great. I think I will whip this recipe out over the holidays to impress everyone and pretend I’m a master chef.

Also, in case anyone was curious, between Becca, Eric, and I, we got through most of those apples. I was really proud of us.

This was such a cool moment! Over the summer during our month long Europe backpacking trip, Eric and I became good friends in Barcelona with three awesome guys from North Carolina. We had completely forgot one of them, Chris, was now living in Detroit, and he’d forgotten we were in Chicago.

As Eric and I were walking around downtown one Saturday, I randomly spotted Chris watching a magic show with his cousins and I had to do a double take before whispering to Eric if that’s who I thought it was! Turns out Chris came for a last minute weekend trip with his cousins. The three of got to catch up for a bit and now hope to plan real weekend visits to see each other. 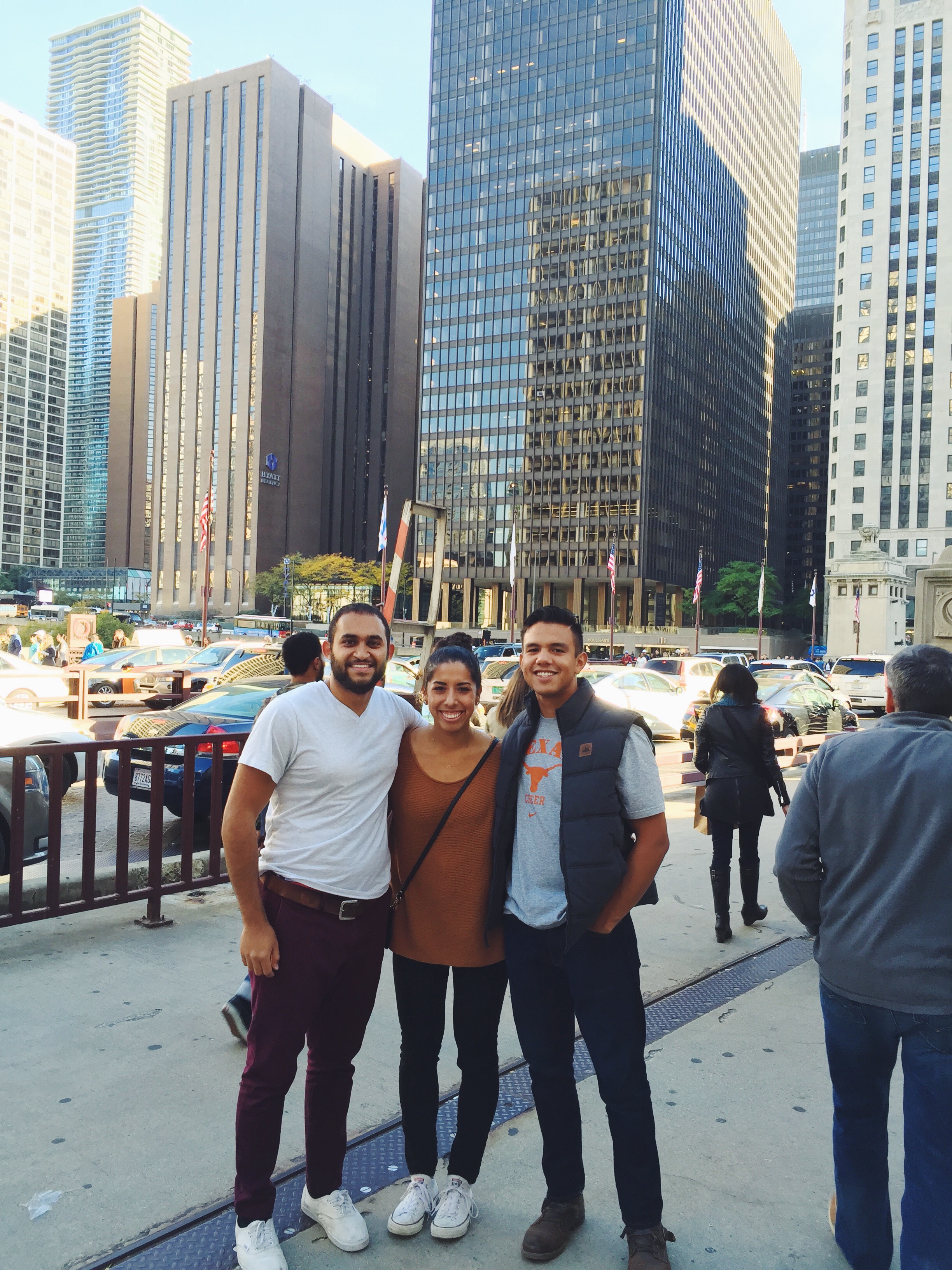 It was such a cool feeling being reunited and knowing that we had that common bond of some amazing memories way overseas. Eric and I are already trying to plan our next foreign country trip.

Well, that sums up a lot of things that have been going on here in the city! All little moments, but all special moments.

Happy Wednesday! Up on my radar this weekend…TEXAS.