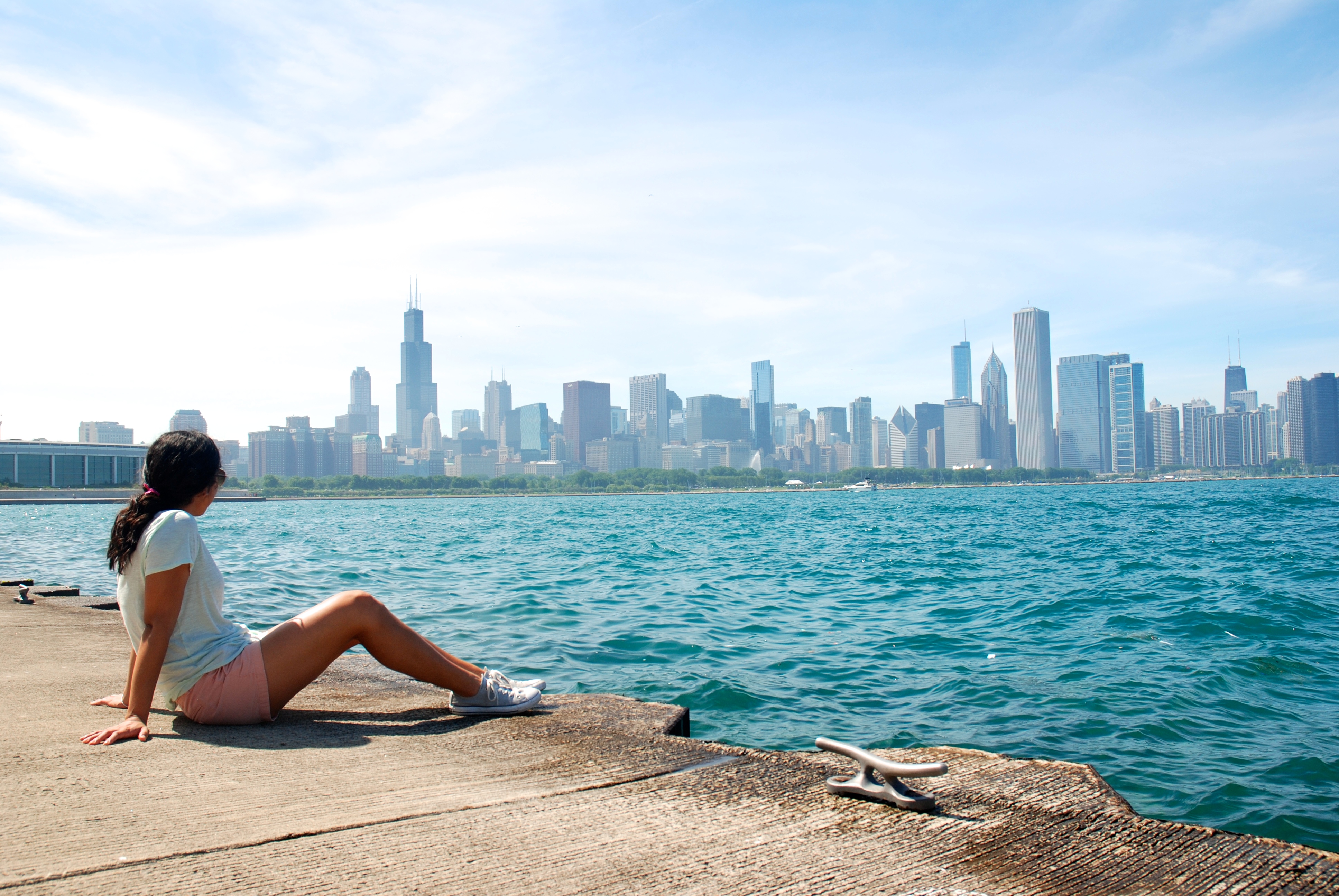 All around Chicago there are Divvy bike stations and I always see people riding them across town. It is an activity that had been on my list basically since I arrived and I knew Eric would be the perfect person to go for it with. Only $7 for a full 24 hours of riding, what a deal. It was perfect for taking my handsome guy all around Lake Michigan – we wanted nothing else but to be outside for the Fourth because the weather was so perfect!

We started our journey by checking out some human body statues in Millennium Park that people had adorned with American flags. They were interesting and a little creepy at the same time, and we probably looked ridiculous while we tried to mimic their poses. After checking out bikes, we headed on over to Buckingham Fountain. I go through this plaza every time I head out for a run and I can’t help but turn around and look at the view. One of the best I have seen I think. It was busy with lots of families and red, white, and blue of course. 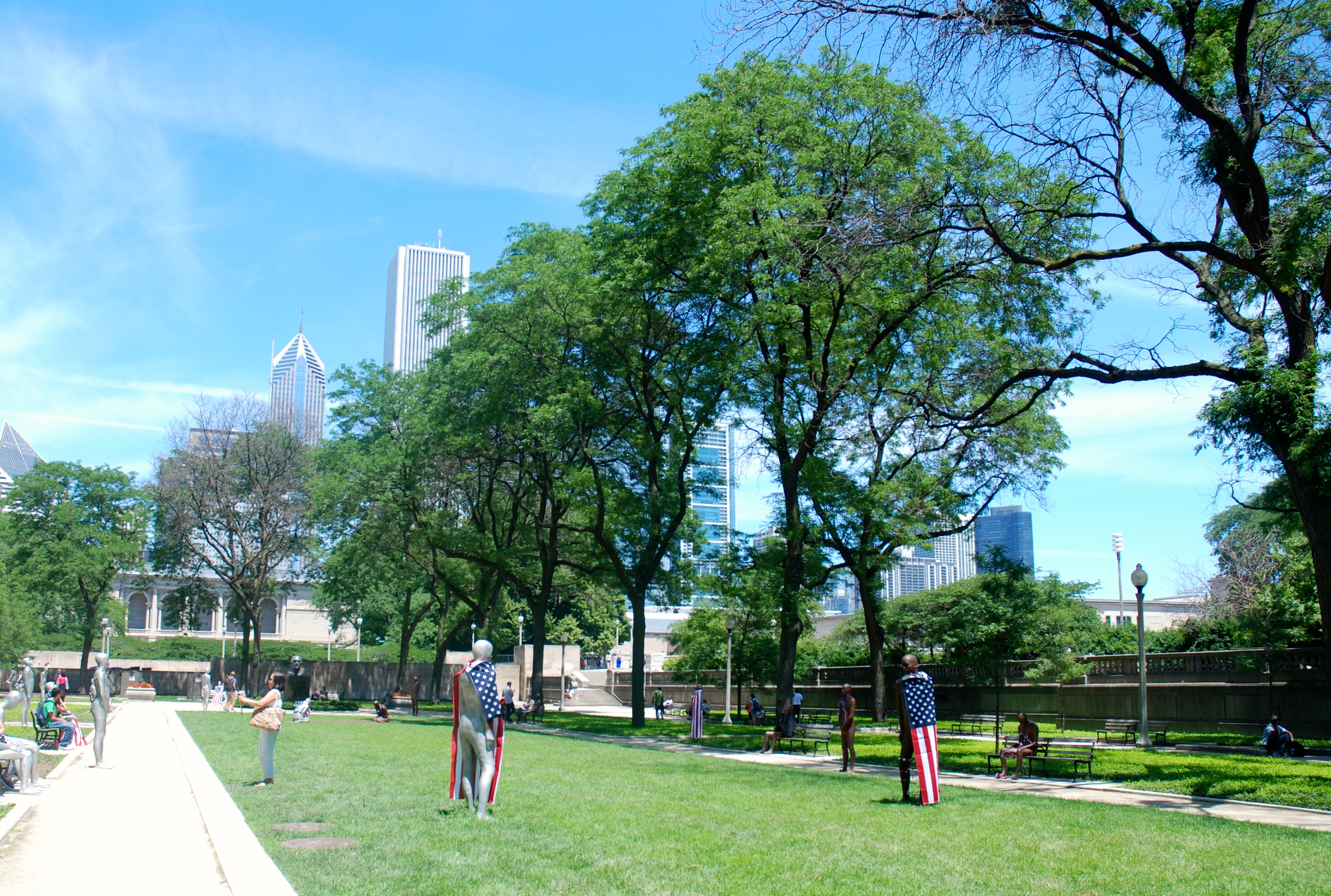 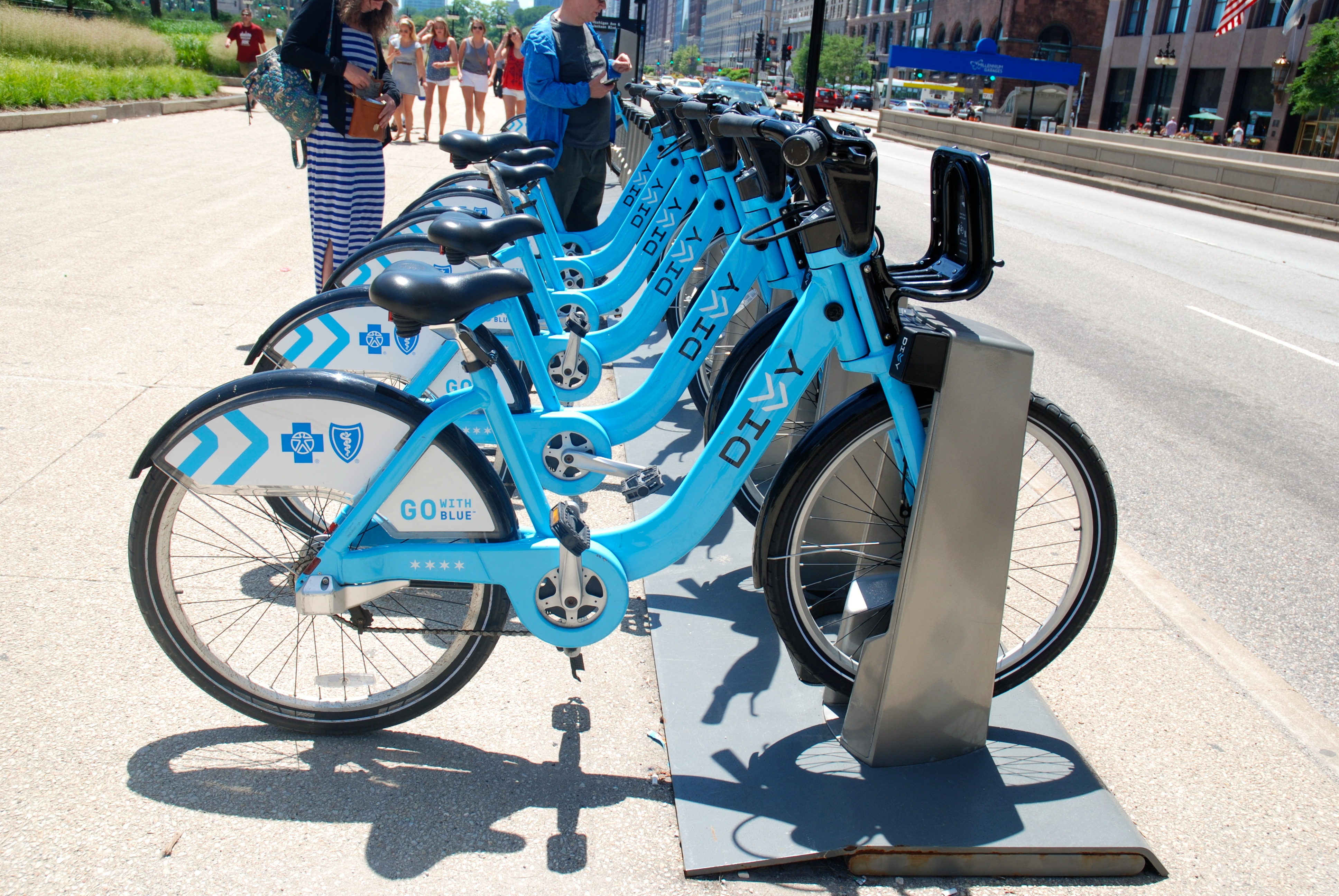 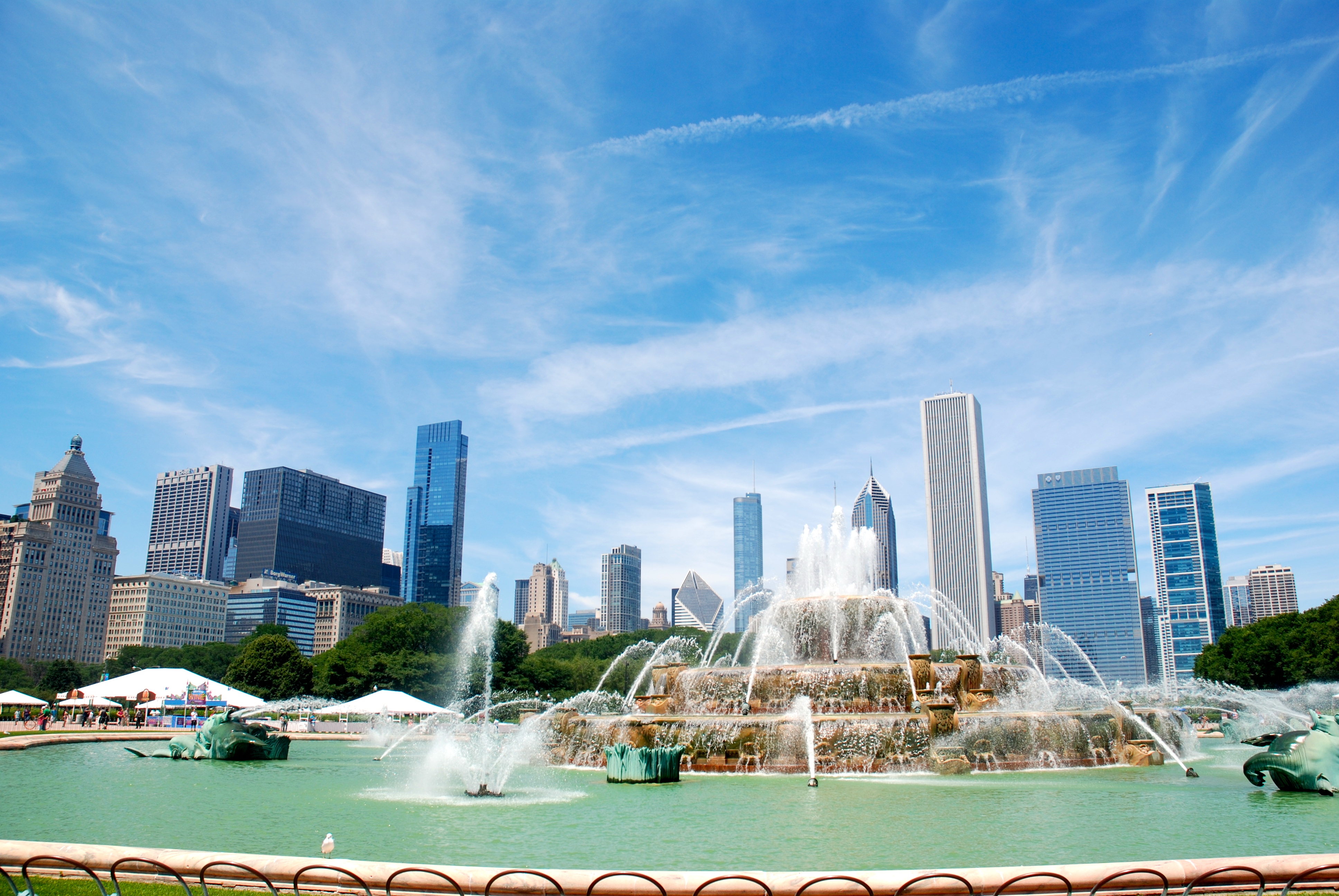 Eric and I continued on to the path by the lake and rode south towards another stop, The Field Museum. We both love natural history museums and I had heard this was a great attraction in Chicago. Turns out they have tons of cool (and extensive) exhibits, I’m really glad we went! When we left, we biked a little ways down the path again to stop by the Adler Planetarium. I wanted Eric to see the city view from there, because it is another one of my favorites. And it feels amazing with the breeze from the water. 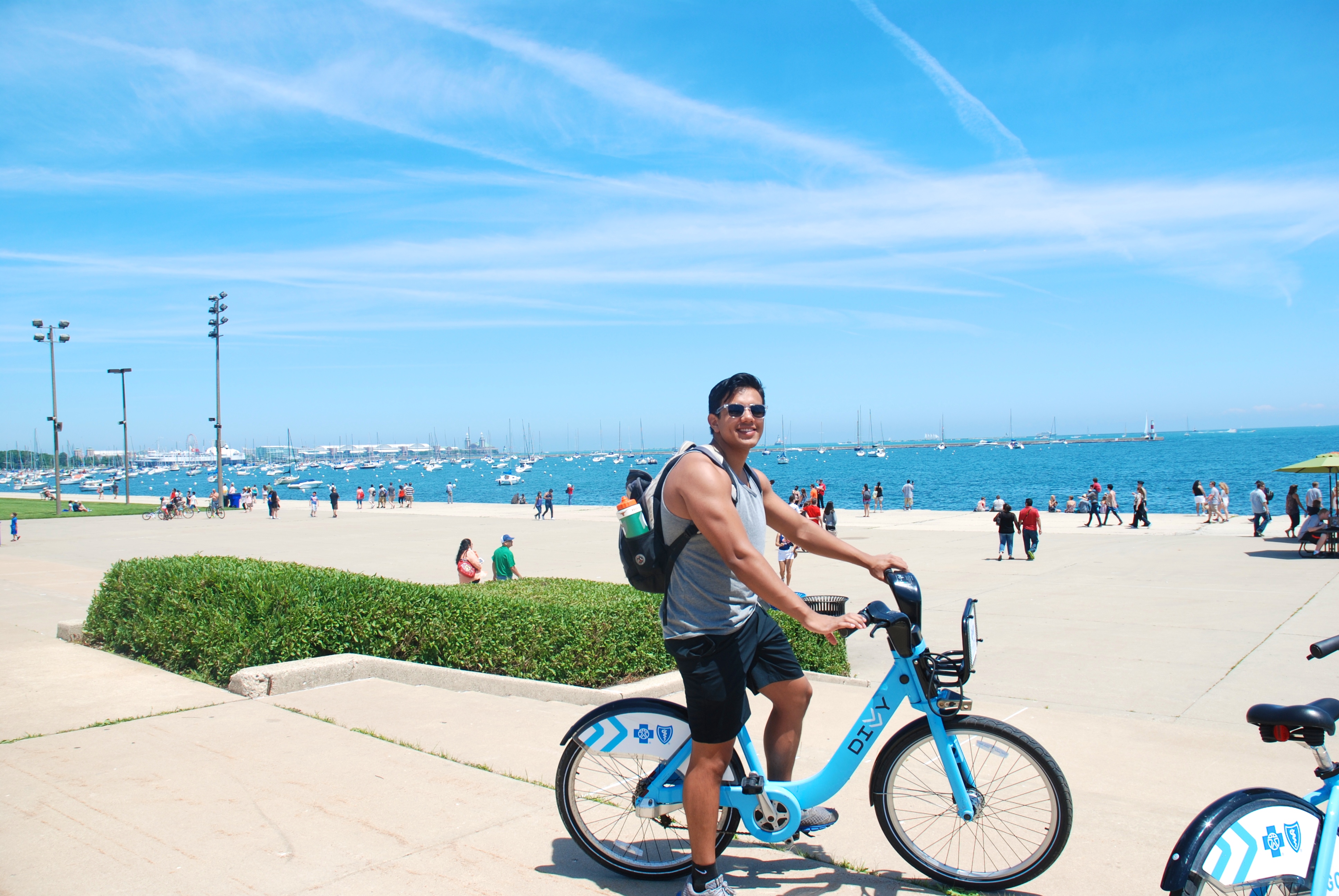 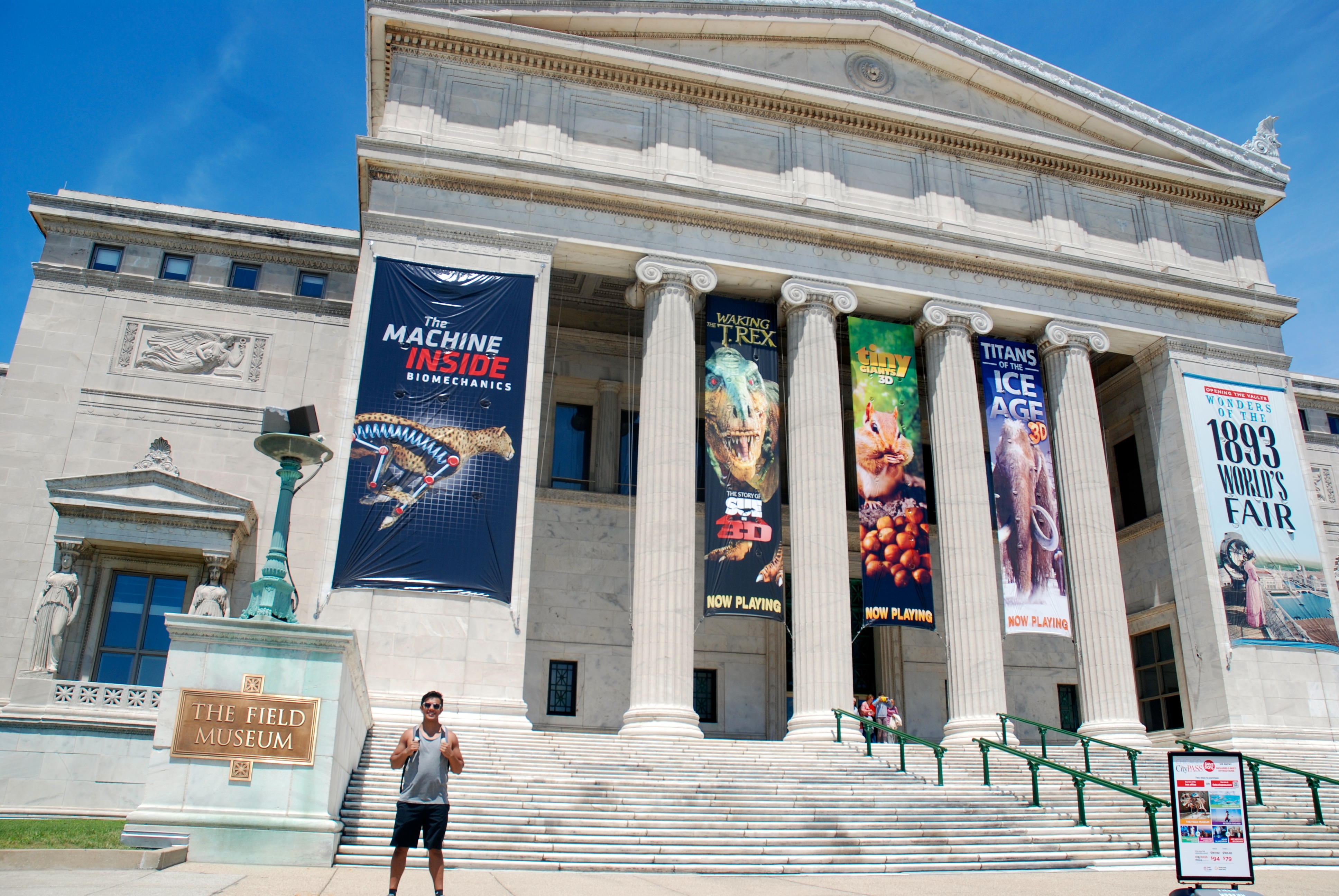 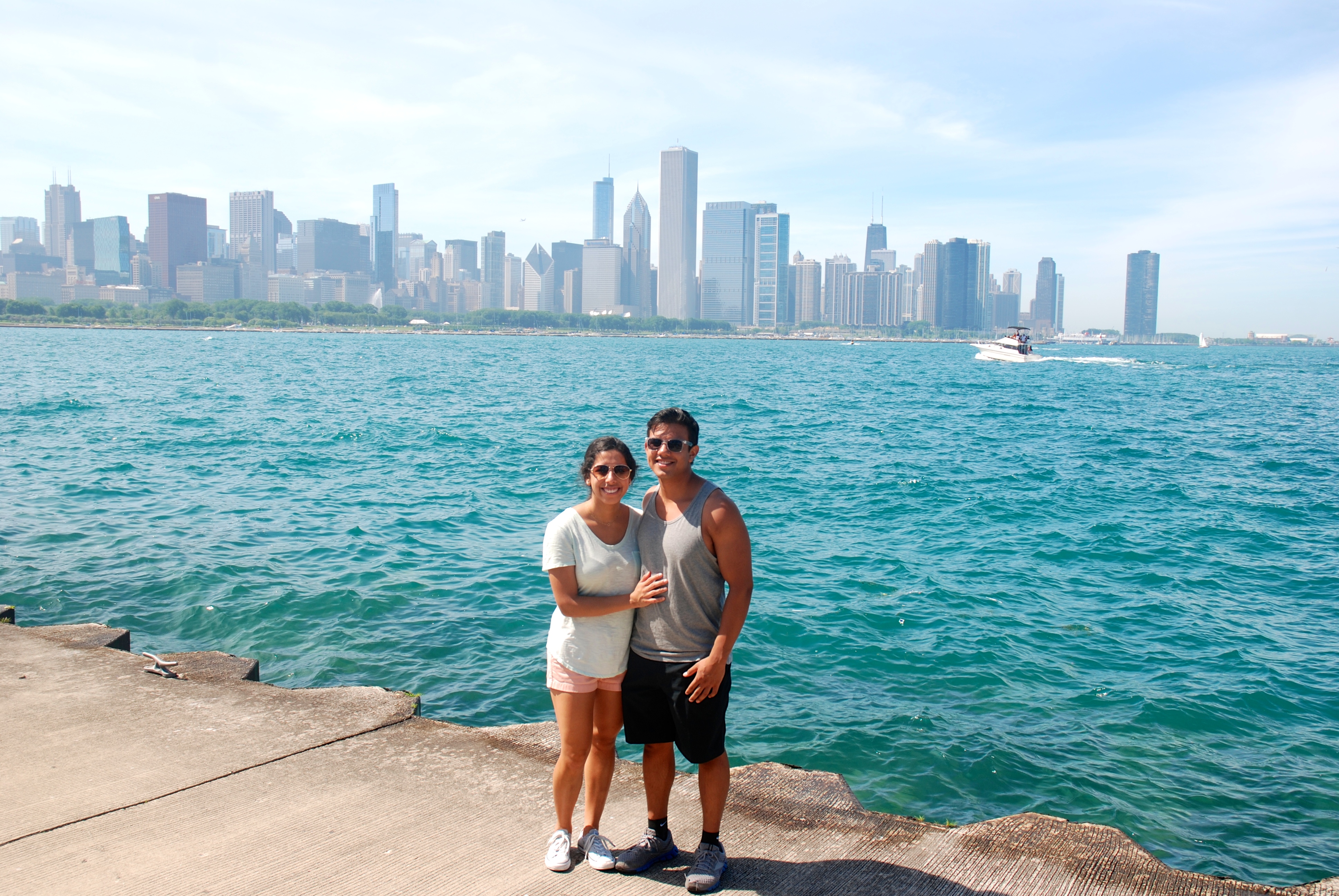 At this point we were getting pretty hungry and decided on biking to Greek Town – I was so excited to try another restaurant in the area! We ended up at Greek Islands…and it was the BEST Greek food either of us had EVER HAD. I think after every bite one of us commented on how we could not believe it was so good. Eric had a combination plate of gyro meat and sausage, while I just choose the gyro plate. The meat was incredibly tender and juicy and the pita bread could not have been more delicious. Sadly, I have no pictures to share because after several hours of biking, we decided eating immediately was more important than photos.

We left so stuffed. I wasn’t sure how I was supposed to walk back to the Divvy station, let alone actually mount and ride a bike. It was a good thing though, all this walking and biking helped balance out our meals…well maybe not balance, but it helped us feel a little less guilty haha. Next stop – the famous Chicago Silver Bean! I knew this tourist attraction would be packed, but it was so close to my apartment and a must see for Eric. 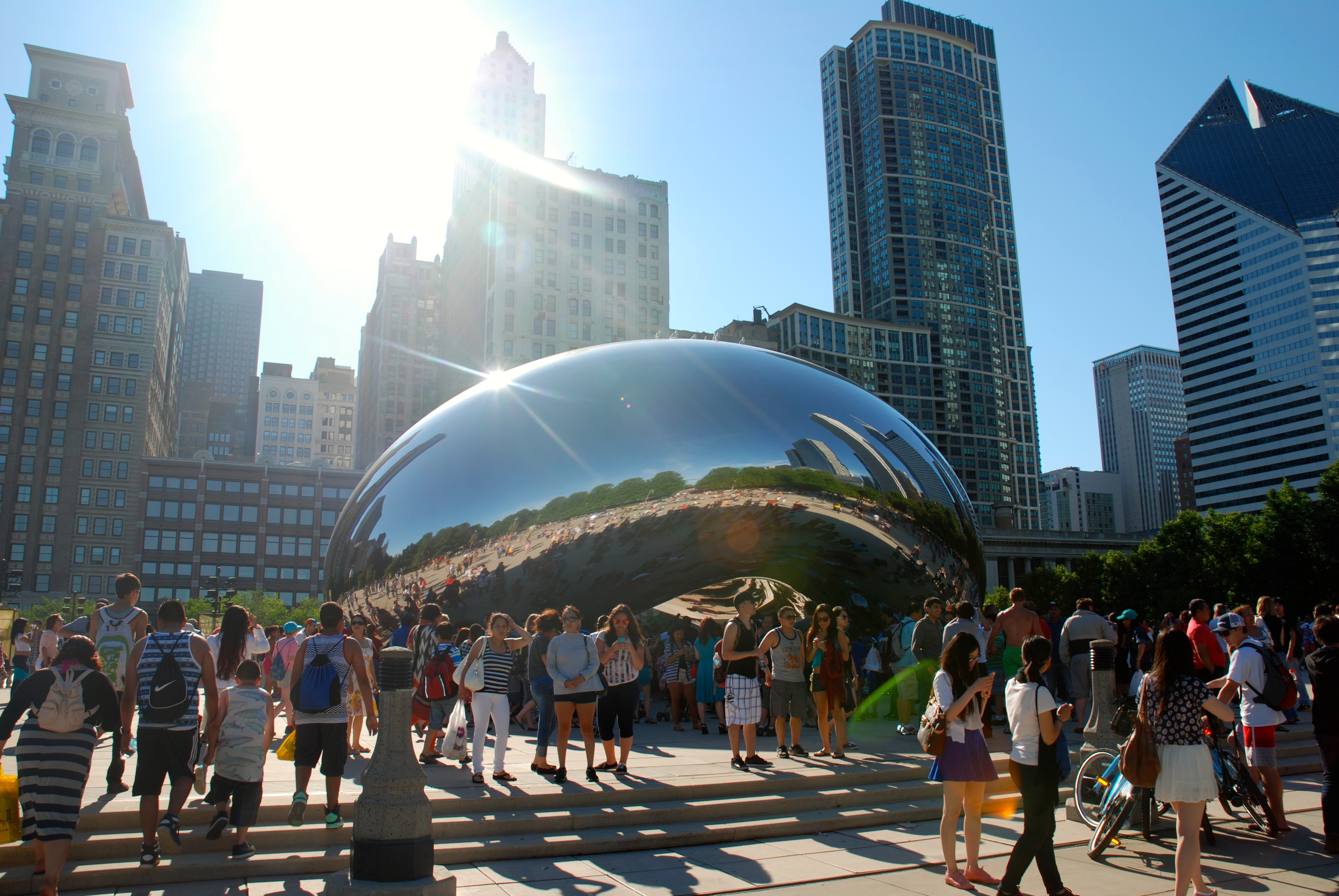 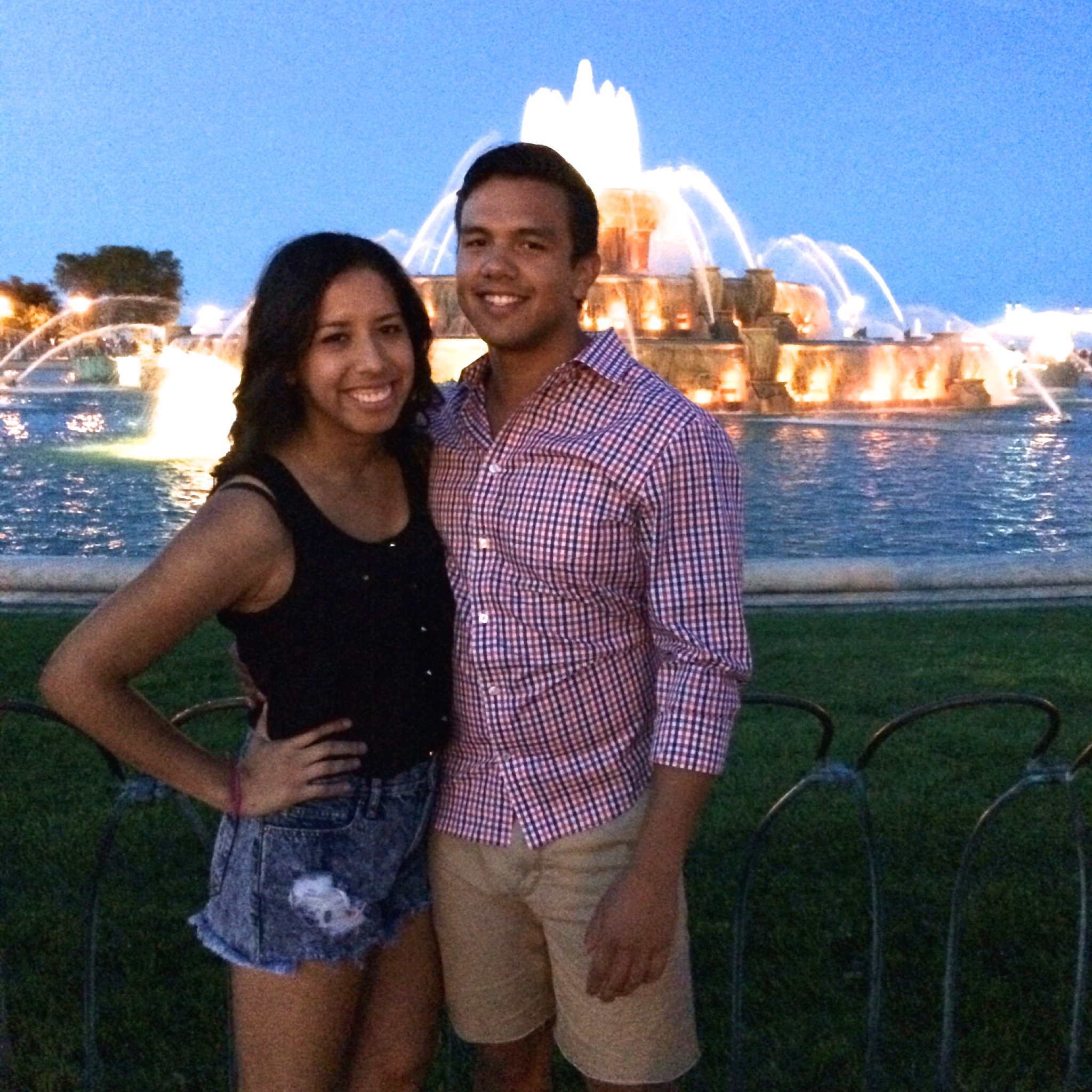 Post bean visit, we headed on back to my apartment to freshen up for fireworks at the lake and a night out in Lincoln Park with my roommates and their guests. I was so happy Eric was there and so thankful for a holiday full of sun, exploring, good food, and friends!