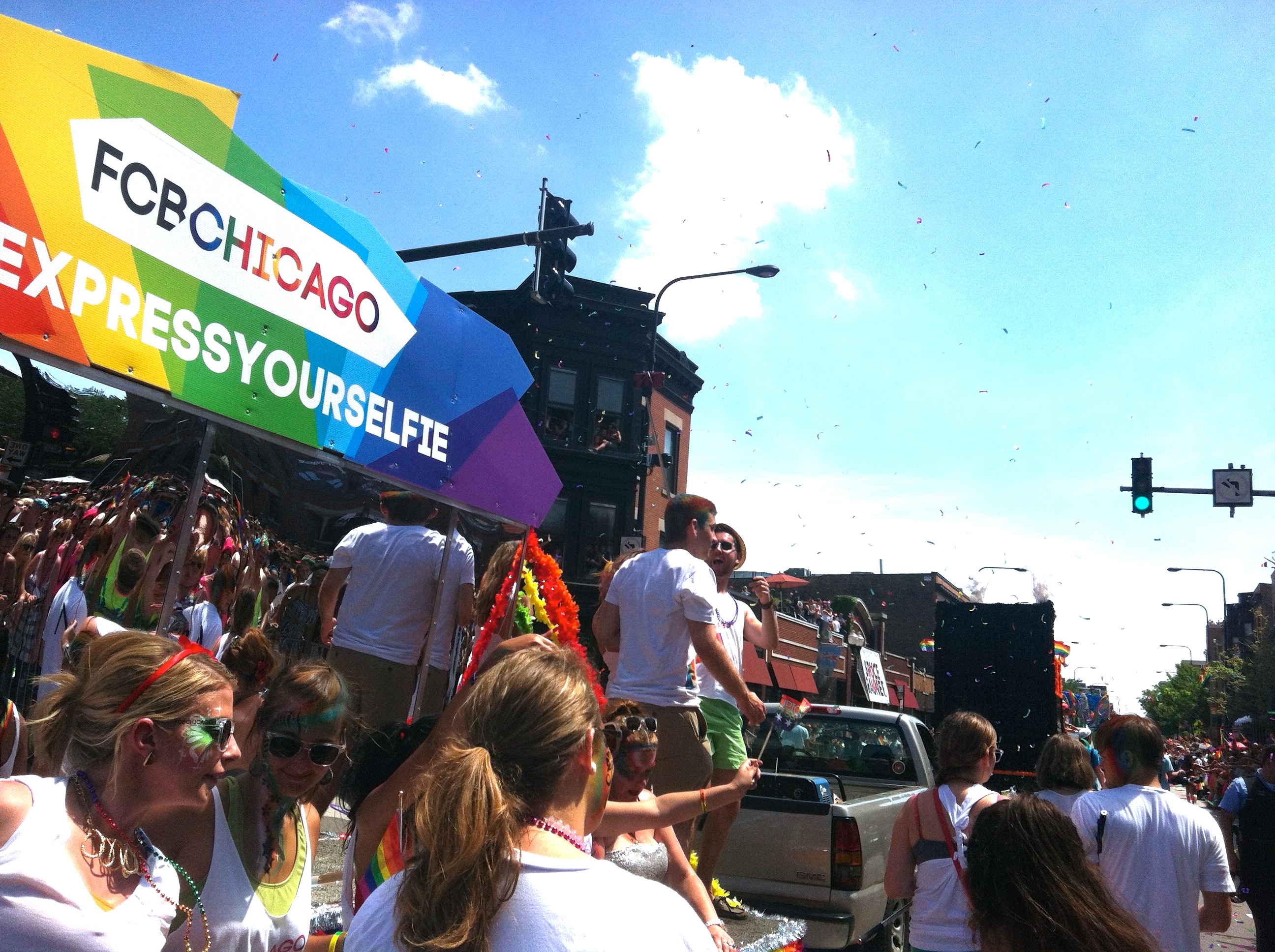 Sometimes you can’t just attend a parade…you gotta be in it.

At least that was the case for yesterday when I had the chance to walk in the 2014 Chicago Pride Parade with FCB Chicago’s float. I had planned on attending with some friends, but when I heard my office was offering this potentially once in a lifetime opportunity, I couldn’t say no! Seriously one of the coolest experiences ever. These pictures won’t do it justice, but that doesn’t mean I still won’t try.

I joined a couple of co-workers for a delicious breakfast at Ann Sathers and then we made our way to the float in line for the parade. Although it turned out to be a pretty decent trek, I loved getting to see a majority of the parade floats since we would be with our own the rest of the time. The streets were already packed with avid attendees laced with crazy costumes and excitement. The weather was warm, but perfect for the occasion.

While we were waiting for our turn to begin walking (we were float #106!), the whole FCB crew got pride perfect with face paint and body art. The theme for the float this year was “Express Your Selfie” – taking advantage of the world’s photo obsession and celebrating the uniqueness in all of us. Mirrors faced the crowds and we even had devices called “selfie sticks” that allowed us to take pictures with them by using bluetooth technology to cue the shutter while we held it far out on an adjustable pole. 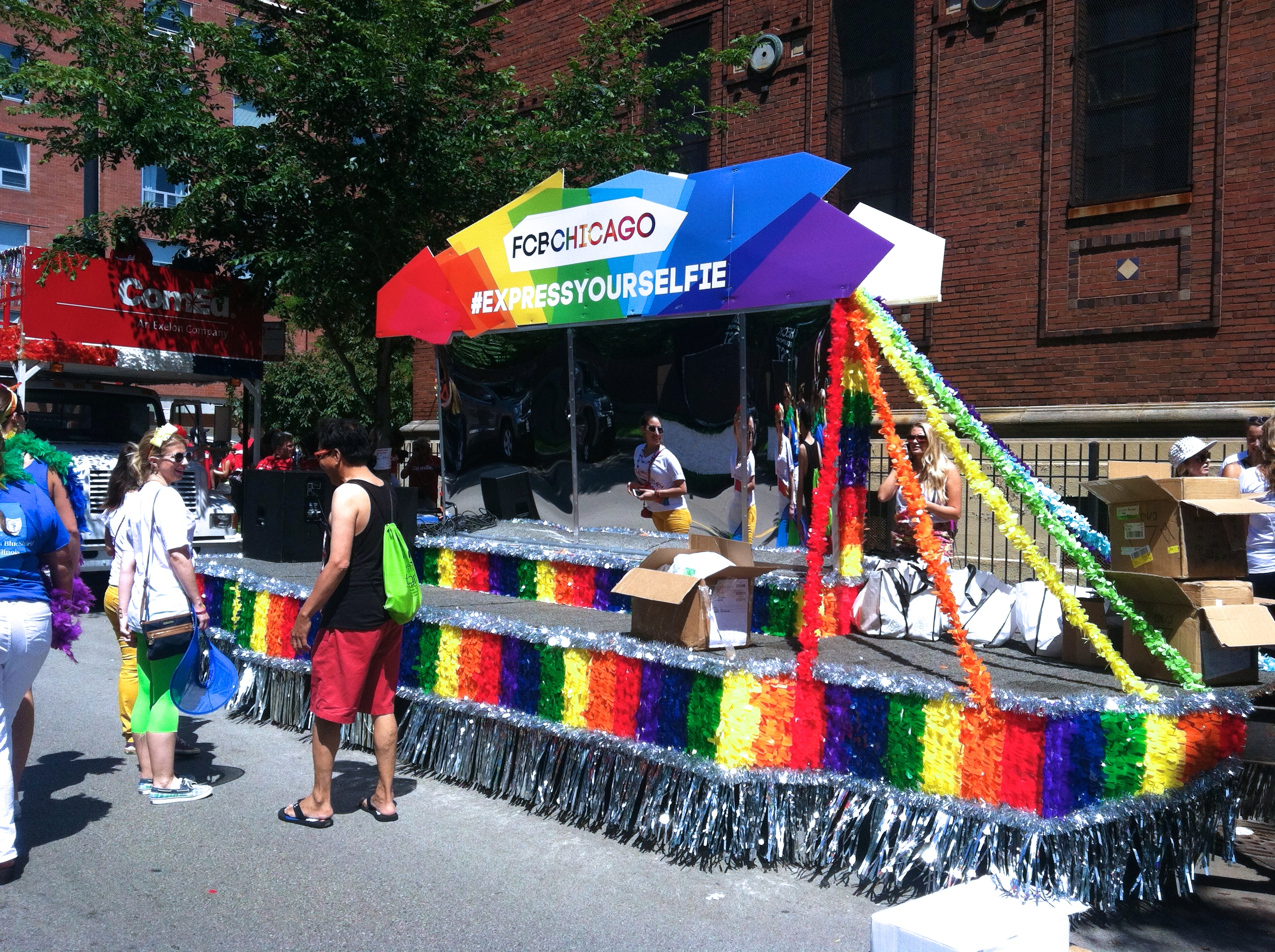 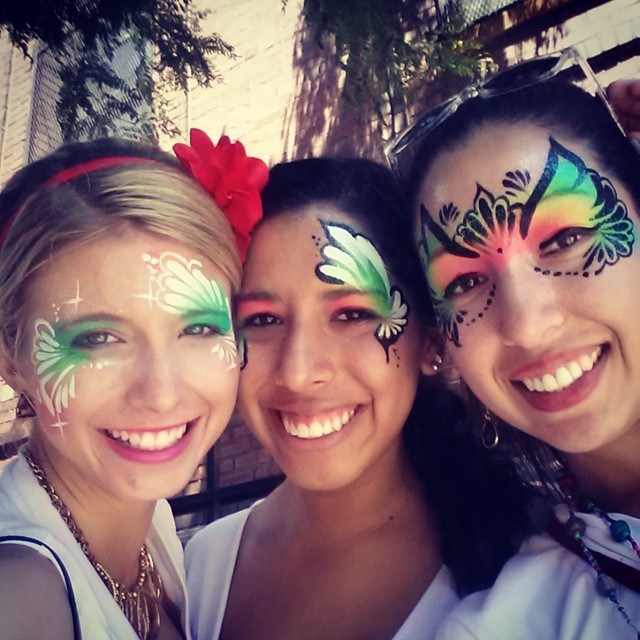 Two lovely ladies from my team – Colleen on the left and Leah on the right! 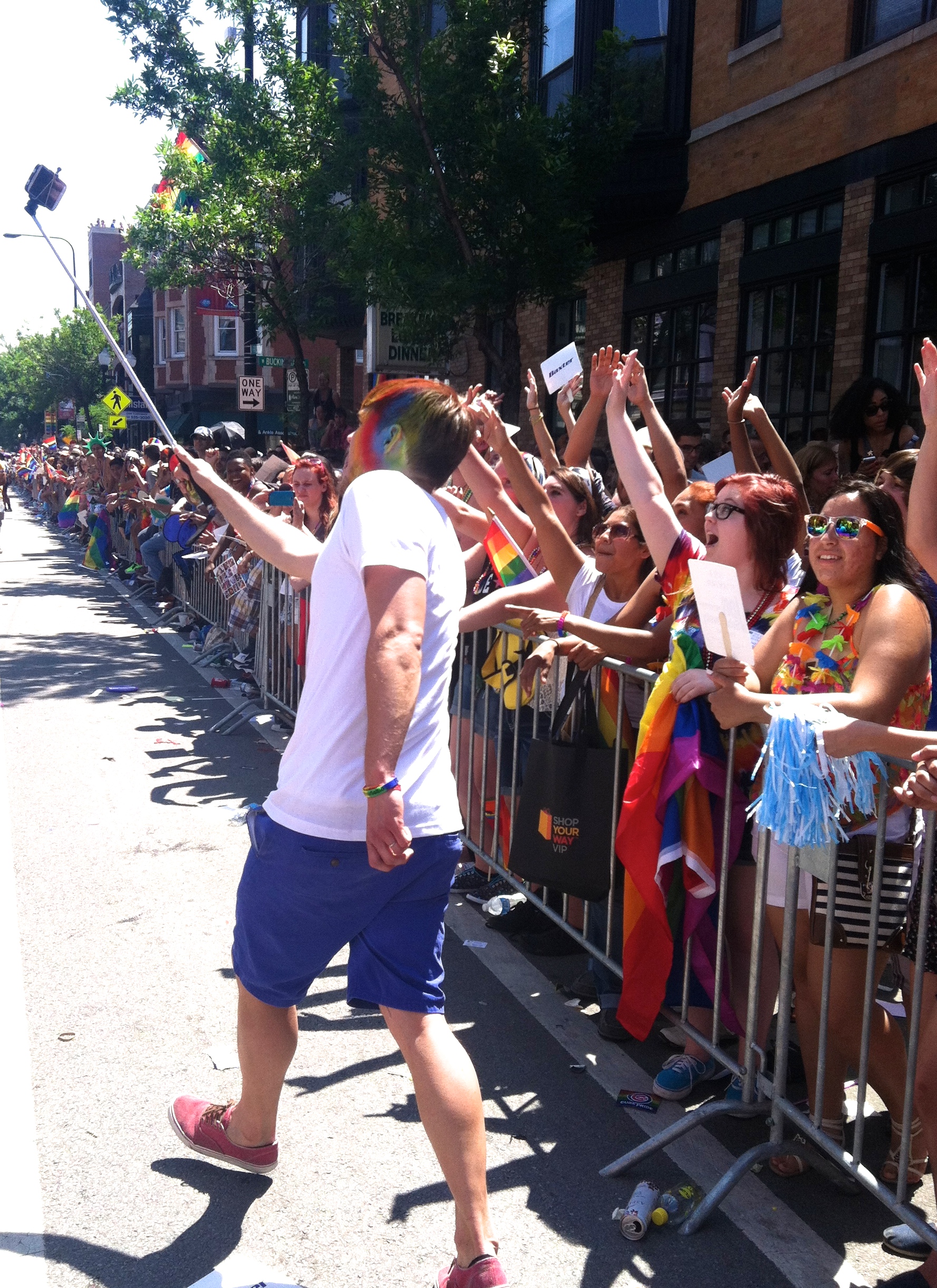 Finally it was go time. I had so much fun dancing down the streets, high-fiving the parade watchers, and snapping photos with them. We even had thousands of branded wristbands to pass out which everyone loved!

The spirit of love and diversity that came with the celebration was contagious. People were just happy. Happy to be there, happy you’re there. Happy to be wearing a hundred different colors, to be gathering an abnormal about of free stuff, and to be free to be themselves. 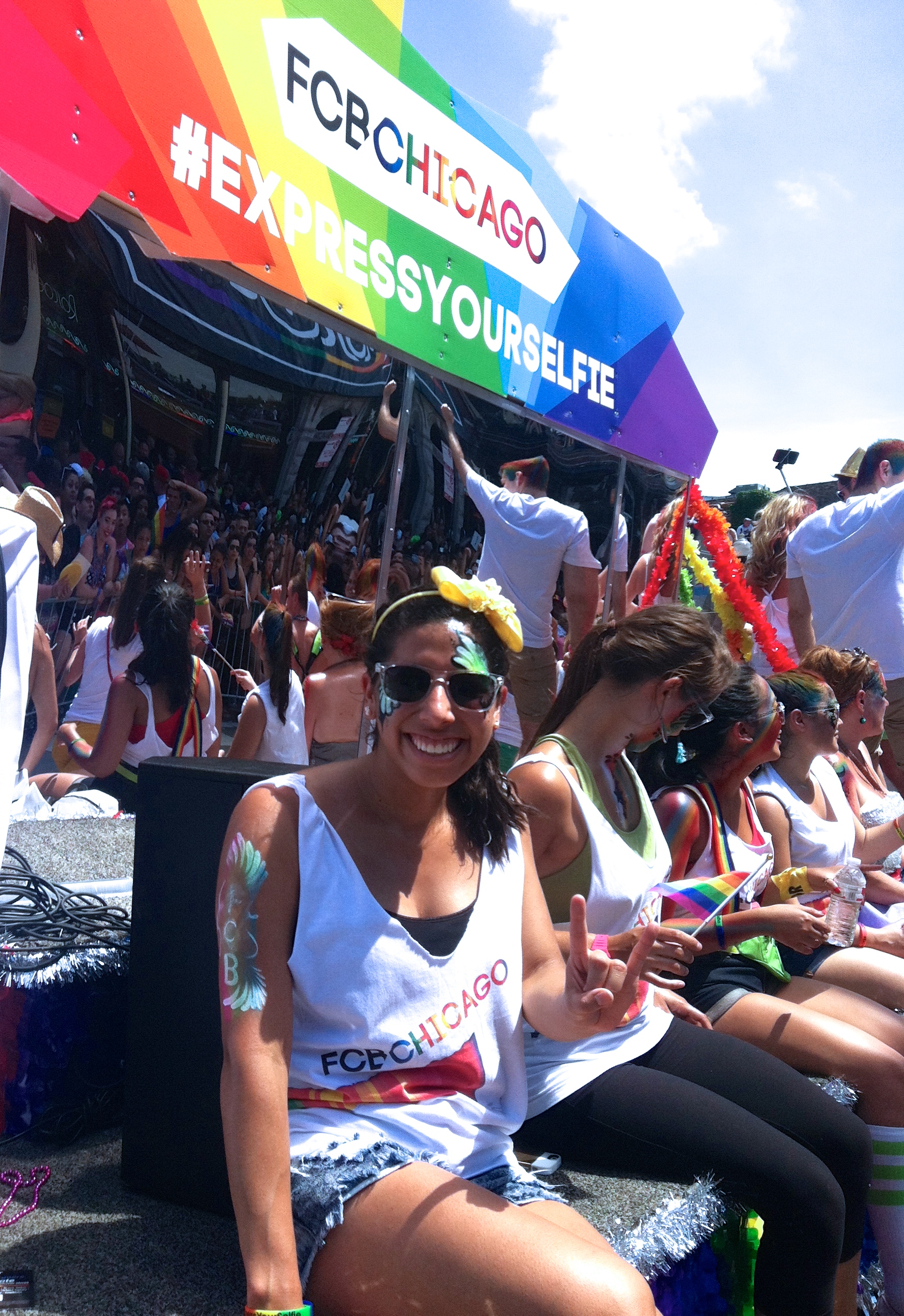 Bleh sweaty. But worth it. 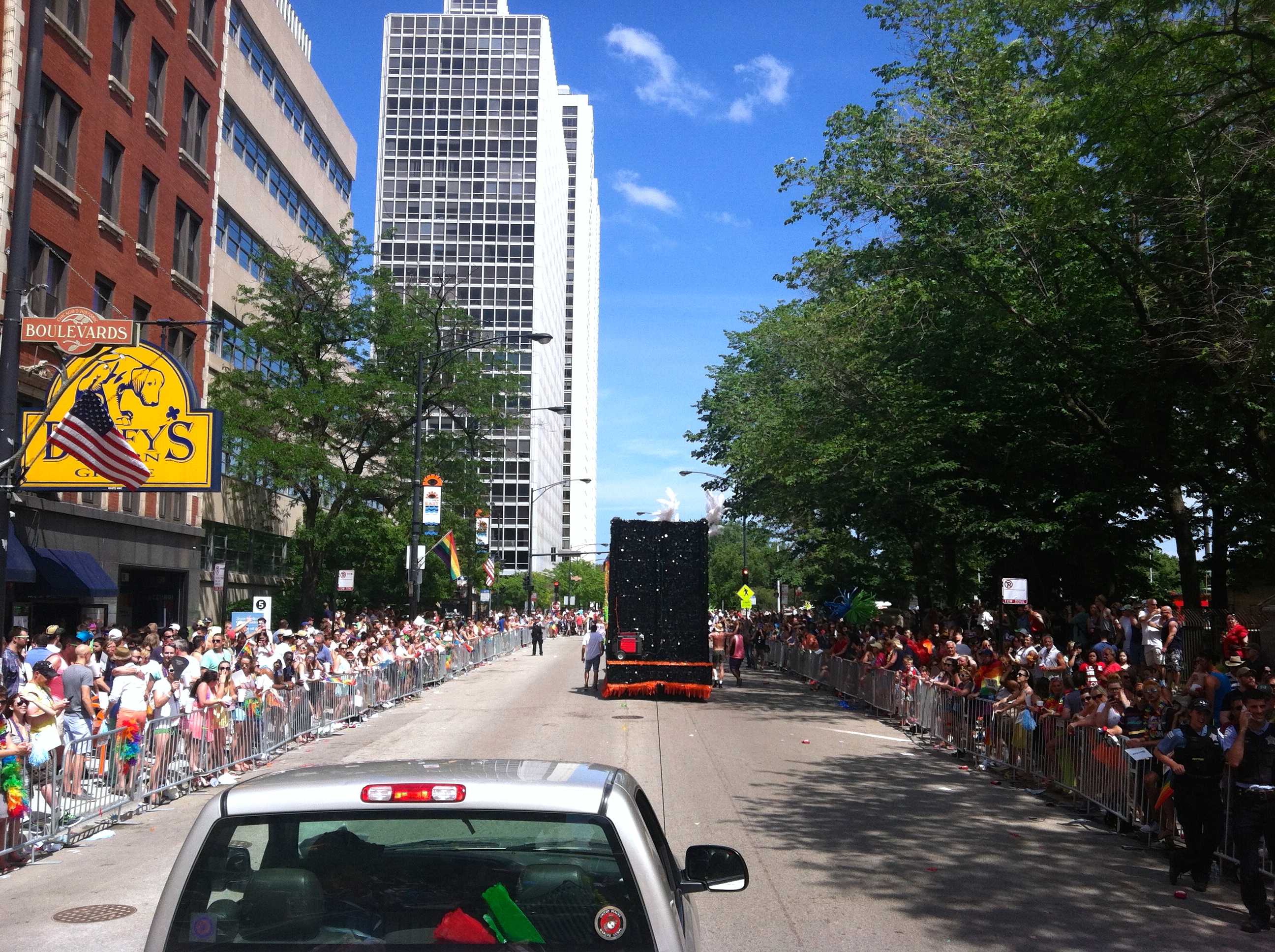 View from up top.

All in all, it was a blast of a day. I definitely got my exercise in with that long route and I think I got somewhat of a tan, so that’s a win in itself. Week 5 (oh my gosh how) in The Windy City has officially begun!